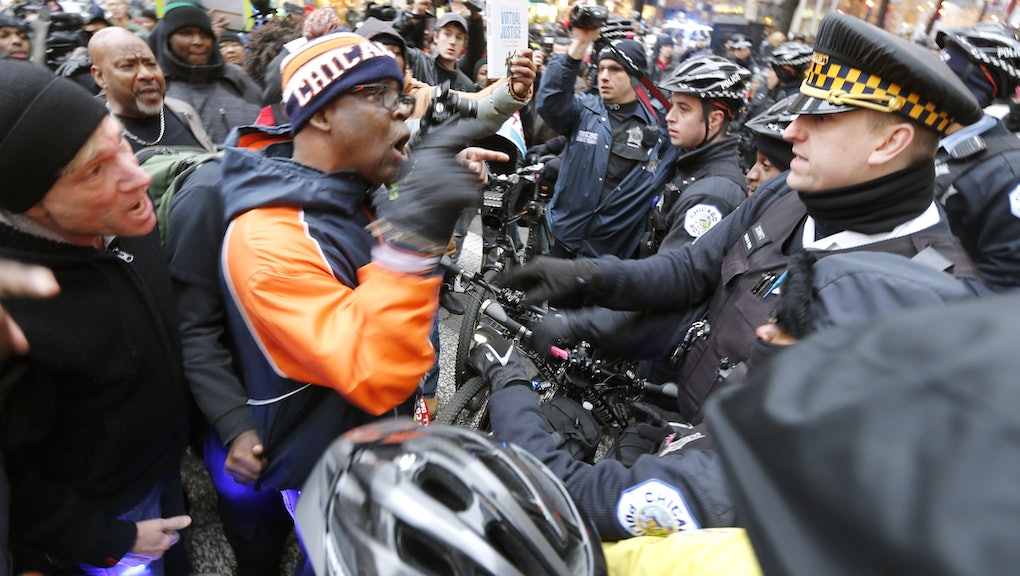 More bad news out of the Windy City: An investigation published by the Chicago Tribune Monday found that a small percentage of Chicago police officers are responsible for a staggering portion of police misconduct lawsuits settled by the city since 2009.

The findings point to a department-wide culture of bad policing going unpunished — less than two months after the United States Department of Justice announced a probe into the Chicago Police Department based on widespread allegations of misconduct.

It turns out that nearly a third of the 1,100 police misconduct lawsuits settled by the city in the past six years stem from the actions of just 124 officers. CPD employs roughly 12,000 police officers, making it the second-biggest police department in the U.S., after New York City.

These 124 officers have collectively cost the city of Chicago $34 million in settlements. The Tribune reports that most of the officers' actions have gone unpunished, citing a culture of poor accountability and the complicity of fellow officers who refuse to come forward and admit to witnessing misconduct.

The report also singles out five officers in particular — most of whom grew up together, live in close proximity or patrol the same neighborhoods — who are responsible for 16 lawsuit settlements since 2009. They are Christopher Barajas, Lance Handzel, Rudolph Garza, Sean Campbell and Steven Sautkus, and together, their lawsuits have cost $1.5 million to settle.

The nature of the misconduct cited in the Tribune report varies, but it includes fatal shootings, wrongful prosecutions, "officers allegedly injuring arrestees during traffic stops, making false arrests, uttering racial slurs or other alleged misconduct while officers were off-duty." The vast majority were settled for less than $100,000 apiece, meaning they did not require city council approval.

Taxpayers have been footing the bill for their police department's misconduct for a long time. In the past 10 years, Chicago has spent more than $500 million on legal fees, settlements and other costs related to police misconduct, according to the New York Times.

The Tribune report is especially remarkable in the wake of a $5.5 million reparations settlement reached in April 2015 with the victims of Jon Burge — a former CPD commander who, along with his so-called "Midnight Crew" of detectives, was responsible for the torture of roughly 100 arrestees, mostly black men, during the 1970s and 1980s.

Not to mention the already embattled position the department finds itself in today: Since November 2015, when the city released footage of the October 2014 shooting death of 17-year-old Laquan McDonald by Officer Jason Van Dyke, Chicagoans have flooded the streets of their city in protest, calling for the mayor's resignation and an immediate upending of departmental practices as they stand today.

Van Dyke was charged with first-degree murder. He was released after posting 10% of a $1.5 million bond less than one week later.