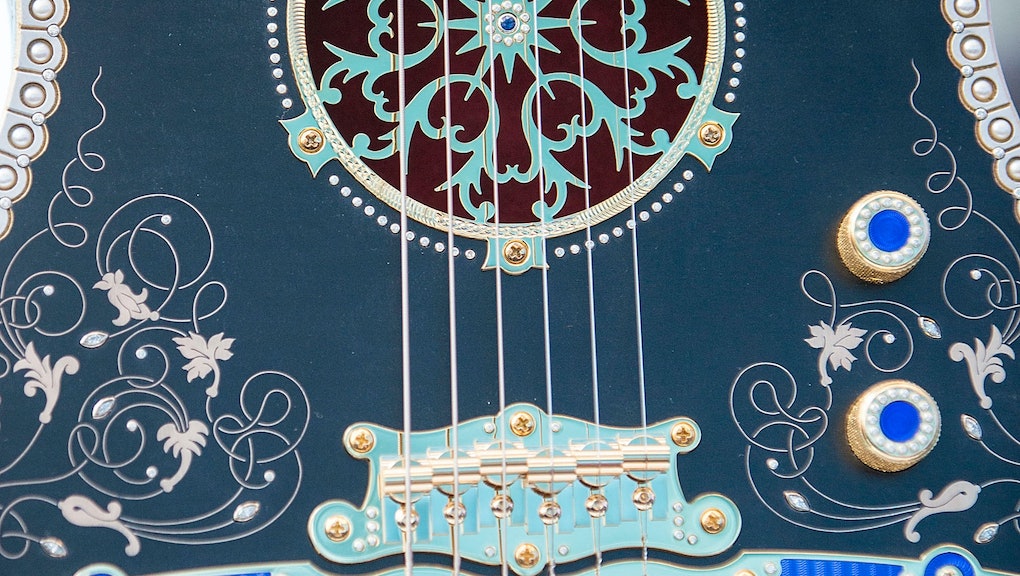 If the scope of research on the psychological and physiological impacts of music is any indication, much is known — and yet unknown — about how music affects the human mind and body. "By better understanding what music is and where it comes from, we may be able to better understand our motives, fears, desires, memories and even communication in the broadest sense," writes neuroscientist, musician and author Daniel J. Levitin in his 2007 book This Is Your Brain on Music.

"Is music listening more along the lines of eating when you're hungry, and thus satisfying an urge?" he asks in the book. "Or is it more like seeing a beautiful sunset or getting a backrub, which triggers sensory pleasure systems in the brain?" The truth is that the experience of listening to music wildly varies. Yet, in recent years, scientists have made huge advances in understanding how the human brain processes music and how sound affects not just the mind but the body at large.

Here are seven things science has made clear:

Music can actually make you smarter.

It's no secret music has a serious impact on a person's brain activity — whether that's how it engages different parts of the brain, how humans memorize tunes and lyrics or how different types of melodies and rhythms can elicit different emotional responses. It's even been reported that ambient noise, played at a moderate volume, can encourage creativity, and that listening to music can help repair brain damage.

Yet the news is even better for musicians, particularly those who begin playing an instrument at an early age. According to some studies, music learning can encourage the development of stronger vocabularies and a better handle on nonverbal reasoning. In the journal News in Health, Harvard Medical School neuroscientist Gottfried Schlaug even says that the nerve makeup of musicians differs from non-musicians, citing studies that musicians' minds have more bundles of nerves bridging the left side of the brain to the right.

"When you make music, it engages many different areas of the brain, including visual, auditory and motor areas," Schlaug told News in Health. "That's why music making is also of potential interest in treating neurologic disorders."

According to a study in Frontiers in Psychology in 2013, sad music may not make you break down in tears. The findings suggest music can spark two types of emotional responses — perceived emotion and felt emotion. That means that though sad music is recognizably sad to many, experiencing it is not an emotionally darkening experience.

Music is thought to have positive medicinal effects.

Music has long been used in healing rituals around the world, and science suggests there's a good reason that's been the case. Plato suggested using music to treat anxiety, Dawn Kent wrote in a 2006 thesis for Harvard University titled "The Effect of Music on the Human Body and Mind," while Aristotle categorized music as a therapeutic tool, particularly to treat those with volatile emotions. And in ancient Greece, Apollo ruled both music and healing.

"Physiologically, music has a distinct effect on many biological processes," Kent wrote. "It inhibits the occurrence of fatigue, as well as changes the pulse and respiration rates, external blood pressure levels and psychogalvanic effect."

As proof, Kent points to Michelle Lefevre's 2004 book, Playing With Sound: The Therapeutic Use of Music in Direct Work With Children, which argues that high-pitched tones can sometimes lead to feelings of panic and increased anxiety.

One theory even introduces something called the "Mozart effect," and a study that builds on the theory found that the infamous composer's "Piano Sonata in D Major" led to decreased epilepsy in patients — a finding that even extended to patients in comas.

Mood music is a thing.

"Music can increase one's libido," said Curtis Levang, a clinical psychologist and marriage and family therapist, Everyday Health reported. And speaking to the publication, urologist Y. Mark Hong said music and sex are alike, in that both can be emotionally charged experiences. Therefore, he said, it's possible music can help men with low testosterone up their sex drives, as listening to music can elevate serotonin levels in a person's body.

And it's even possible that music can help single folks score a date. According to a study by researchers in France, single women who had listened to romantic music were more likely to hand out their phone numbers than those participants who had listened to neutral music prior to be asked out.

Music can help you go the distance.

Several studies have shown that music can boost endurance and help us use energy more efficiently during exercise. One 2012 study called "Effect of Music-Movement Synchrony on Exercise Oxygen Consumption" found cyclists who peddled along to music used 7% less oxygen than those who didn't couple their ride with music to match their pace. According to the study, which was published in the Scientific American, a song's beats per minute (bpm) has an effect on motivation — though that's true only up to a certain threshold.

"The most recent research suggests that a ceiling effect occurs around 145 bpm: Anything higher does not seem to contribute much additional motivation," the Scientific American wrote. "On occasion, the speed and flow of the lyrics supersede the underlying beat: Some people work out to rap songs, for example, with dense, swiftly spoken lyrics overlaid on a relatively mellow melody."

For reference, Bruce Springsteen's "Born to Run," Spoon's "Don't Make Me a Target" and the Beach Boys' "Do You Wanna Dance" all clock in at 147 bpm.

Spotify has come to similar conclusions, and last year debuted Spotify Running in response to those findings, adding tech to its platform that tracks a runner's pace and curating a playlist of songs that match that pace.

Music can help you adjust that attitude.

According to research conducted at the University of Missouri, a team of scientists has confirmed what has perhaps been long suspected: Music is a mood booster.

"Our work provides support for what many people already do — listen to music to improve their moods," the study's lead author, Yuna Ferguson, said in a press release, Healthline reports. "Although pursuing personal happiness may be thought of as a self-centered venture, research suggests that happiness relates to a higher probability of socially beneficial behavior, better physical health, higher income and greater relationship satisfaction."

Singing in the shower may actually be good for you.

Writing for Jweekly, Dr. Jerry Saliman, who is retired from the Kaiser Permanente South San Francisco Medical Center, argued there are health benefits to singing out loud — particularly for the elderly.

"Studies have shown that singing can improve the brain functionality of seniors suffering from conditions such as aphasia and Parkinson's disease," Saliman writes. "In addition, many seniors live alone, are limited in mobility due to chronic conditions such as arthritis and are on budgets; finding easy and affordable activities that keep them engaged and connected is beneficial for their emotional well-being."