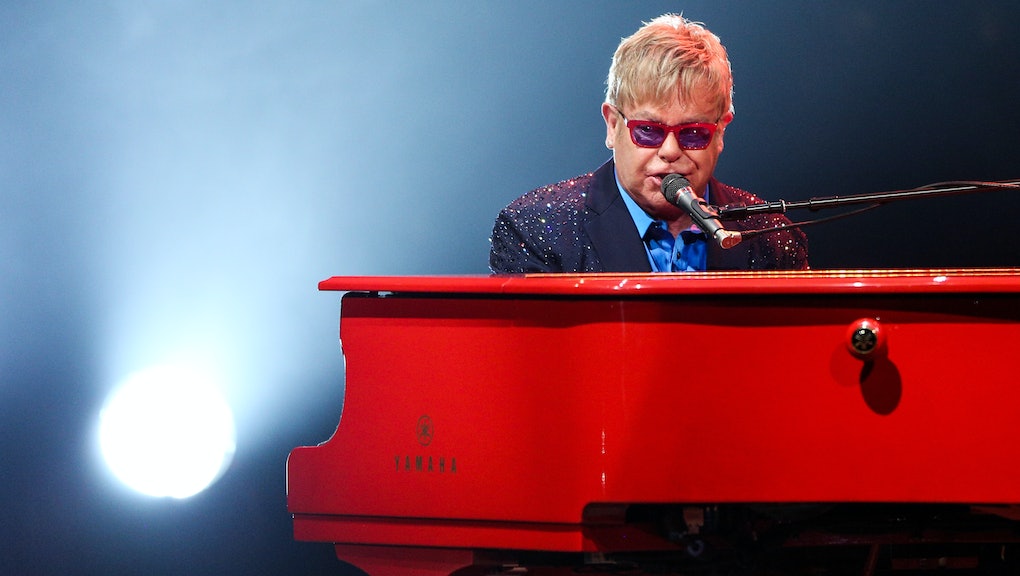 The British pop legend Elton John will be releasing his newest studio album Wonderful Crazy Night Friday. John brought back familiar faces for this album, enlisting the help of lyricist Bernie Taupin, with whom John has collaborated for over 40 years; producer T-Bone Burnett, who helped John with his 2013 studio album The Diving Board; and his former band members Davey Johnstone and Nigel Olsson.

Fans who preorder Wonderful Crazy Night on iTunes will also receive a download of John's single "Looking Up," according to Rolling Stone.

John said it took him less than a month to complete his newest album. "The new album is all one or two takes, and that's it," John told the Sunday Times, according to uDiscover. "We did a song a day, wrote a song, finished it, did the backing vocals and then went onto the next track. So in 17 days we did 14 songs, 10 of which ended up on the album."

"This is a very decent album, glowing with energy: It would just be more powerful if it came with a dose of real life," pop critic Tim de Lisle wrote in the Daily Mail. "Elton remains a giant of his craft, but one best appreciated in concert."