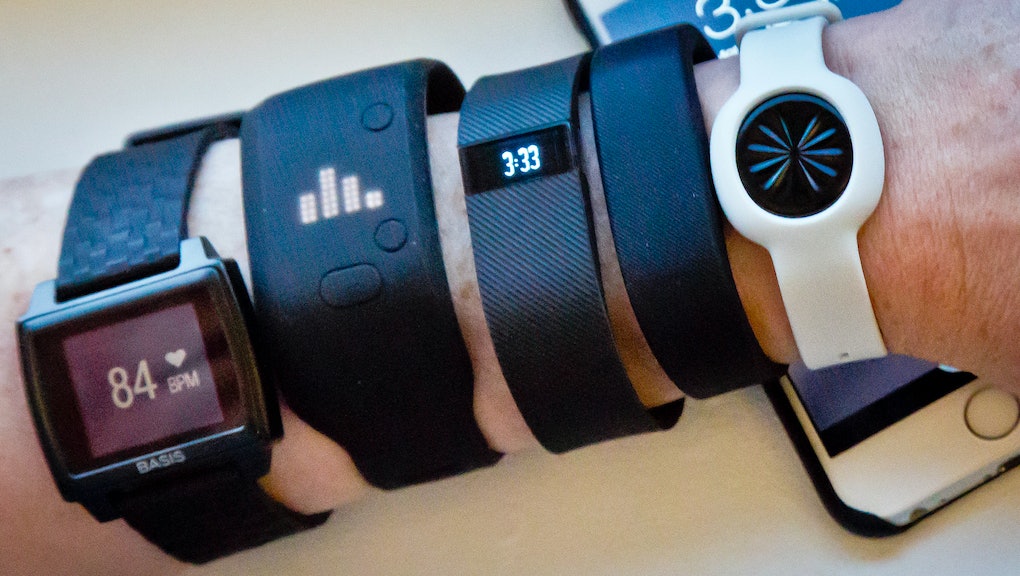 A burgeoning beer belly from eating way too many 4 a.m. pizzas and instant ramen is a cliché of the freshmen year college student's experience. But Oral Roberts University, a Christian school in Tulsa, Oklahoma, thinks it has the solution to nipping first-year college students' unhealthy habits in the bud.

Unfortunately, it may have taken its zealousness for calorie-counting 10,000 steps too far.

Oral Roberts implemented a new prerequisite for their first-year students in January, requiring all freshmen to wear a Fitbit fitness tracker. The device's data, which includes statistics on steps taken, distance traveled and calories burned, will sync to the school's online grade book, where instructors will evaluate students according to how much they exercise on a weekly basis, reported Tulsa World.

Oral Roberts president William M. Wilson said the new approach to fitness makes the university a leader in the academic uses of wearable tech. In a statement on the school's website, he said, "The marriage of new technology with our physical fitness requirements is something that sets ORU apart. Wilson added that the university is the first in the world to use fitness trackers in its curriculum.

The initiative, which ORU is extending as an option to all of its students — it's only mandatory for freshmen — aligns with the university's "whole-person philosophy." According to ORU's page on curricular policies, if students don't fulfill their healthy/physical education requirements, they will be considered "deficient" and need to enroll in additional fitness classes the following semester. Students who flunk altogether won't be able to graduate.

Tulsa World reported that ORU requires students, with the help of their Fitbit, to take 10,000 steps a day and elevate their heart rate for a set amount of time. Students now buy the watches just as they would textbooks, at the campus bookstore, where they retail for around $140.

Freshman Eden Watson told Tulsa World, "[It] keeps you healthier and happier, and keeps you accountable. ... It keeps me motivated to exercise more," adding that just walking around campus usually satisfies most of her weekly requirements. If not, it's to the gym.

But even if most students appreciate the extra incentive to work out, the university's requirement could prove worrisome for those who already struggle with eating disorders or body image. In her xoJane piece "It Happened to Me: My Fitbit Reignited My Eating Disorder," Andria Martin writes, "I'm sure Fitbit and other fitness bands are an amazing resource for the right people. But with my complicated relationship with food and exercise, all the numbers just provided more chances to feel like I would never be enough."

ORU doesn't specify if there will be any special accommodations or exceptions made for students who find themselves in a situation similar to Martin. For now, the university has nothing but high hopes for students and their ankle bracelets, er, Fitbits.

Said Wilson in the university's statement, "ORU offers one of the most unique educational approaches in the world by focusing on the whole person — mind, body and spirit."