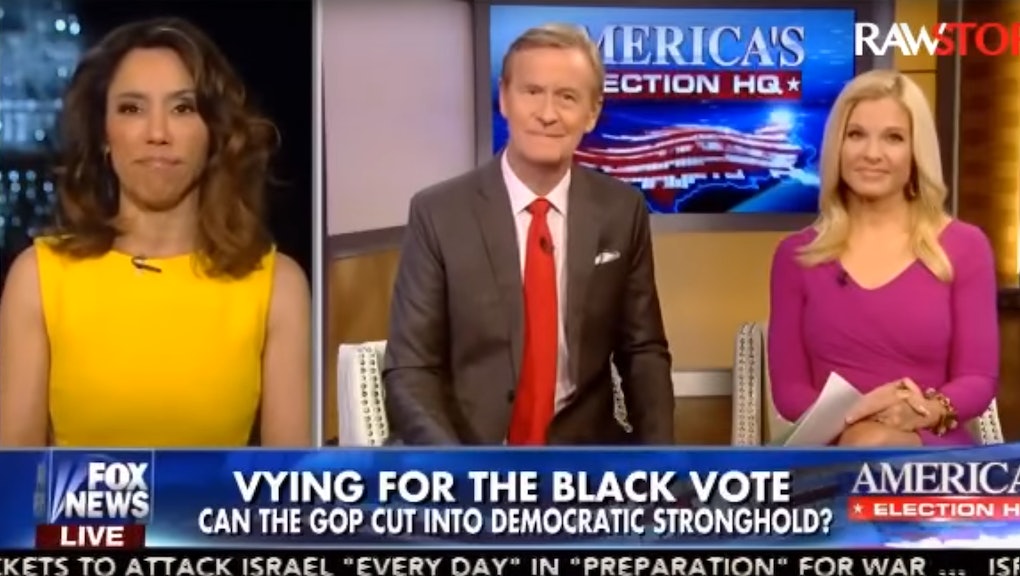 On the Monday edition of Fox and Friends, Fox News kicked off Black History Month with a guest who mocked blacks as "slavish" to the Democratic Party and insulted the collective intelligence of the black community.

While discussing the buildup to the looming presidential primaries, Conservative Black Chick blogger Crystal Wright told host Steve Doocy that current Republican frontrunner and real-estate billionaire Donald Trump is "actually is the only person bothering to talk to black people and ask for their vote."

"I think it's so sad when it comes to the black vote," Wright responded. "Blacks have shown a slavish support for the Democrat party for over 50 years."

"And part of me wonders if the Republican party should even bother asking for the black vote because black Americans seem to like being political dummies," she continued. "We're the only race that has voted lock, stock and barrel for the same party for over 50 years. So, it's really on lockdown."

"It's a sad state of affairs for blacks when all they have to do is pander and insult ... black Americans decade in and decade out," she concluded. "And we keep coming back for more misery. It's like we've given up on ourselves economically by voting for Democrats."

Unsurprisingly, some Twitter users were not amused by a Fox News conservative trumpeting the idea that black people "like being political dummies," especially on the first day of Black History Month.

Wright defended herself against some of the criticism, telling another black Twitter user who said she does "not speak for us" to "try not having black buffoons like [Al] Sharpton speak for you."

Wright did find some support, however, from people more than eager to perpetuate the "Democrats are like slave owners" narrative.

If Wright is correct about Trump being the most appealing Republican candidate to black people, then that might say more about his competition than his appeal toward minorities. While Trump is fond of citing polls affirming his supposed popularity among black voters and referring to his "great relationship with the blacks," the evidence suggests otherwise.

What appeal Trump does have in the black community, according to the Daily Beast, is based mainly on his claim that his plan to deport millions of immigrants will create jobs.