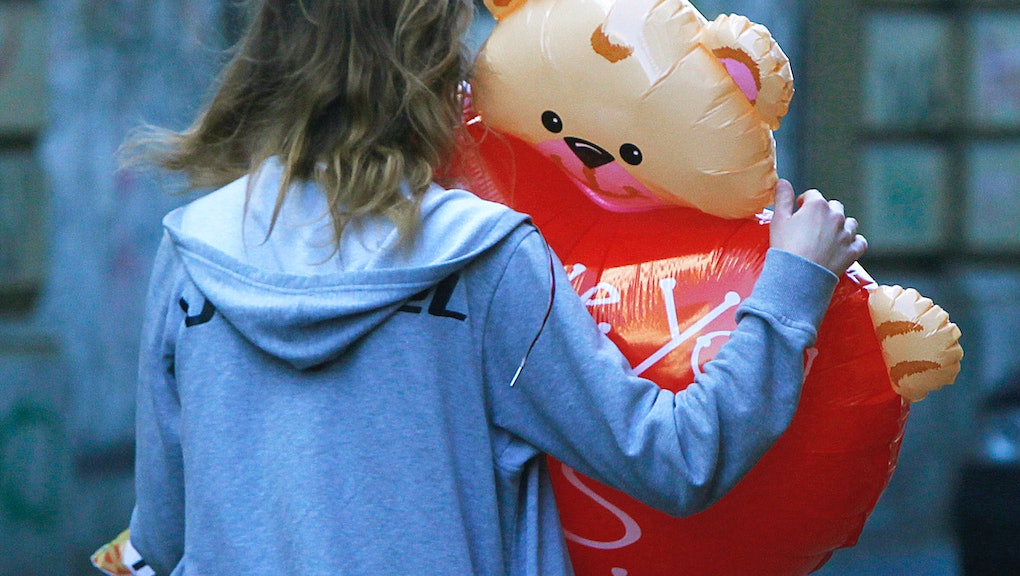 How Romantic Comedies Affect Relationships With False Expectations for Love

Whether we're consciously aware of it or not, most rom-coms and romances in television and film have at least some element of delusion. Fantasy isn't a bad thing; some of the most popular films of all time are set against such a backdrop. But in the case of the majority of rom-coms, it can create faux concepts of love, relationships and marriage. Given how much we're immersed in media on a daily basis, these false expectations can have a lasting, negative effect.

With love and relationships, we're shown the great lengths to which, typically, a man will go to win someone's affection. Think of 50 First Dates, where Henry (Adam Sandler) has to, essentially, win over the woman he falls for, Lucy (Drew Barrymore), every single day they spend together due to her unusual medical condition.

Examples like this demonstrate a problem with movie depictions of romance, where the norm is going to such extremes, rather than the mundane.

"A real relationship is one where you take out the garbage, pay the bills and talk about your kids," clinical psychologist Reid Daitzman said in an interview with Relevant magazine. "A lot of it is really boring. What people don't realize, though, is that the best day of their lives includes all that boring stuff. Because when people don't have it, they really miss it. A guy who just had an affair really misses his wife and would love to be back with her talking about trivial things."

There is also a distinction between love and marriage, where love is viewed as a fun, improvisational experience, while marriage is, conversely, where love dissipates. Think of the opening of Crazy, Stupid, Love: Steve Carell and Julianne Moore's marriage has grown stale and unsexy compared to the newly flirty couples around them.

"Marriage has always been portrayed as the downside of weddings," Lois Smith Brady wrote in the New York Times' Vows column. "Weddings are glamorous and usually involve weight loss; marriage is dull and involves weight gain. Every bride and bridegroom is beautiful; every husband and wife is exhausted. At a wedding everything is new. And later, is anything new?"

A recurring cliché, particularly to avoid the "dullness" of marriage, is to have a wedding scene at the end of a film — and they usually happen pretty quickly. In Runaway Bride, Ike (Richard Gere) and Maggie (Julia Roberts) fall in love in a week. This is an oversimplification of how relationships work in real life.

But are these having an actual influence in our relationships? According to a study by a team of psychologists at Heriot-Watt University in Edinburgh, Scotland, fans of rom-coms like You've Got Mail and The Wedding Planner do indeed regularly "fail to communicate to their partners effectively, with many holding the view that if someone is meant to be with you, then they should know what you want without you needing to tell them," the Telegraph reported.

This is exemplified in Don Jon, where the titular character Jon (Joseph Gordon-Levitt) believes his girlfriend for most of the movie, Barbara (Scarlett Johansson), has unrealistic expectations for relationships because she herself watches too many romantic movies. While Jon is quite the opposite — he has an addiction to porn — they both set impractical notions for what they expect from one another at the offset. The film works because it tackles this concept head-on. "As Gordon-Levitt's movie takes great pains to illustrate, what we constitute as perfection often proves to be a deceptive illusion," Randy Myers wrote for the San Jose Mercury News.

However, there have been occasional films where the romance depiction is in the lens of realism. Most notably, 500 Days of Summer teaches two valuable lessons: One, sometimes feelings of love aren't reciprocated, no matter the lengths that you want the relationship to work. Two, you may find love when you least expect it. In the case of Tom (Gordon-Levitt, again), he found it at a job interview (with a woman fittingly named Autumn).

Broadly, given how unavoidable daily media consumption is, it's important for people — particularly those in relationships — to understand the necessary distinction between the love we see in films and the unrealistic expectations they create. Rom-coms are good fun — but that contrast should be clear in its viewers' eyes.