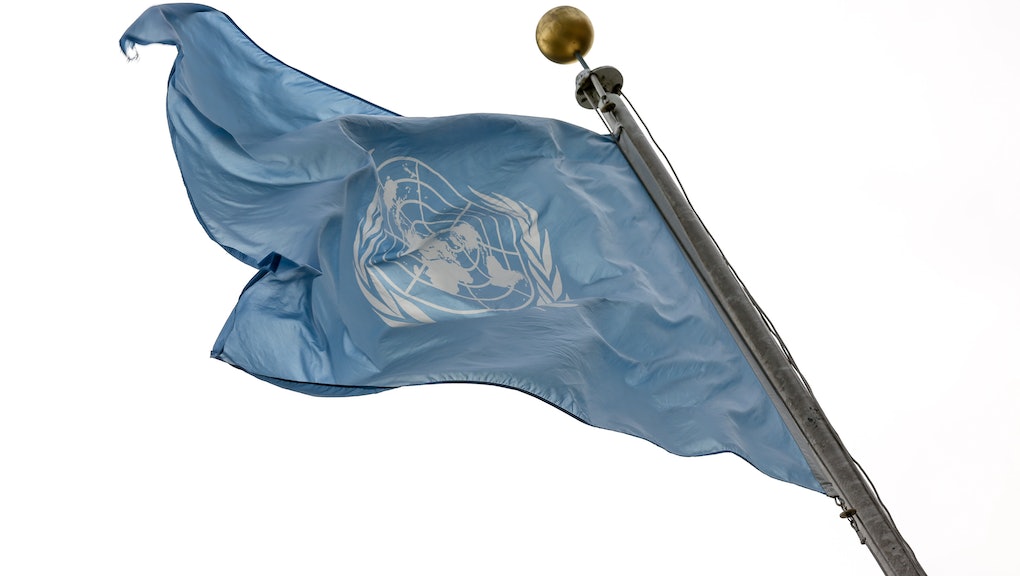 In 2001, a 17-year-old Peruvian woman known as "K.L." was denied a medically indicated abortion, although the fetus had a notably lethal anomaly and the abortion would have been legal. Now, over a decade later, K.L. will finally receive justice: She was awarded the financial compensation won in a complaint filed to the United Nations Human Rights Committee, marking the first time the committee has affirmed that abortion is a human right, according to the Huffington Post.

"It was a huge step toward justice for K.L. and a landmark decision for the UN," Lilian Sepúlveda, one of the attorneys originally involved in K.L.'s case told the Center for Reproductive Rights.

Three months into her pregnancy, K.L. learned that the fetus she was carrying was anencephalic, meaning it would never develop a brain and would not survive, according to the Center for Reproductive Rights. Most women who receive this diagnosis opt to have an abortion, according to the Huffington Post, and abortion is legal when the mother's life is in danger in Peru. Yet, the hospital denied K.L.'s request.

K.L. was forced to endure a pregnancy that her mother described as an "extended funeral," to the Center for Reproductive Rights. The teenager nursed the doomed child for four days before its death, and "sank into a deep depression" according to the same report.

With the help of the Center for Reproductive Rights and several other human rights organizations, K.L. filed a complaint against the Peruvian government in November 2002. The effort was successful: The United Nations Human Rights Committee determined that Peru had violated the International Covenant on Civil and Political Rights in 2005.

Now, over a decade later, K.L. has received the promised financial compensation.

"In seeing justice delivered in K.L.'s case — watching it go from A to Z — we are part of an inspiring historic moment," Sepúlveda added. "We are witnessing the results of advocates' dedicated perseverance and the power of the UN and other international bodies to ensure our basic human rights to dignity, health and freedom from ill-treatment."

The ruling has global implications, especially in developing countries. Since 2003, the number of abortions has increased by 2.8 million in developing regions, according to the Guttmacher Institute. Although the medical procedure is not unsafe, it is still unsafely performed in these regions and beyond: About 13% of maternal deaths worldwide are attributed to unsafe abortion, according to Human Rights Watch, and 95% of abortions in Latin America and more than 97% of abortion in Africa were unsafe in 2008, according to the Guttmacher Institute.

Notably, legal abortion is associated with safer procedures, according to the Guttmacher Institute. Efforts like K.L.'s — which not only affirms that access to abortion is beneficial, but is also a right — are crucial, and the justice received is well-deserved.