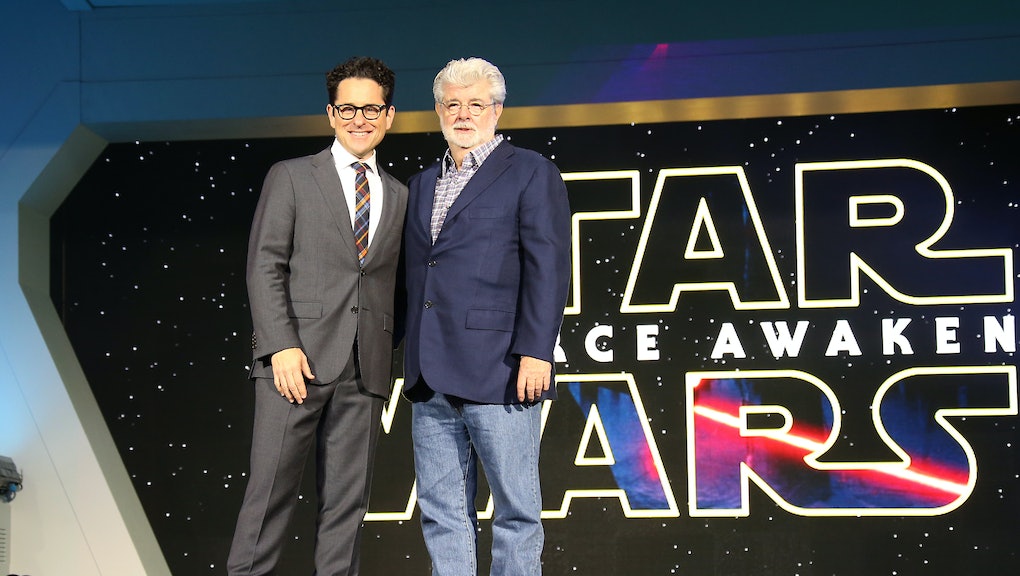 If you ask a critic or fan why the Star Wars prequels failed considerably, you'll likely receive a vast array of responses. There was the heavy political backdrop, the midi-chlorians, the poor writing and, most sinful of all, Jar Jar Binks. However, another point of contention for fans is the series' overuse of CGI, to the point that you might assume it's visible in every shot. As it turns out, that's remarkably close to the truth.

The blooper reels for the Star Wars prequel films have been available for a while, but there's a noticeable trend with all of them. Nearly every blooper — genuinely funny or otherwise — is filmed within a green screen backdrop.

It's the embodiment of the biggest problem with these films. With this over-reliance on special effects, George Lucas abandoned the concepts that captured audience's imaginations for a galaxy far, far away. The CGI was present everywhere — in the alien characters, new planets, spaceships, costumes and even fruit, according to the Telegraph.

The original Star Wars trilogy was so reliant on practical effects, a trait that J.J. Abrams successfully brought to the forefront of the newest film, The Force Awakens. According to Making Star Wars, of the 357 scenes slated to be used in The Force Awakens as of July, only 28 total shots were "completely CGI."

Thankfully, there have been promising signs in other movies as well that practical effects are coming back to film. Mad Max: Fury Road was universally praised for its heavy reliance on practical effects, and at the very least, Episode VIII will follow the same route as The Force Awakens.

"I think people are coming back around to [practical effects]," Episode VIII director Rian Johnson said, during an interview with the Girls in Hoodies podcast. "It feels like there is sort of that gravity pulling us back toward it. I think that more and more people are hitting kind of a critical mass in terms of the CG-driven action scene lending itself to a very specific type of action scene, where physics go out the window and it becomes so big so quick."

Here's to more practical effects in the Star Wars cinematic universe — and the industry as a whole.