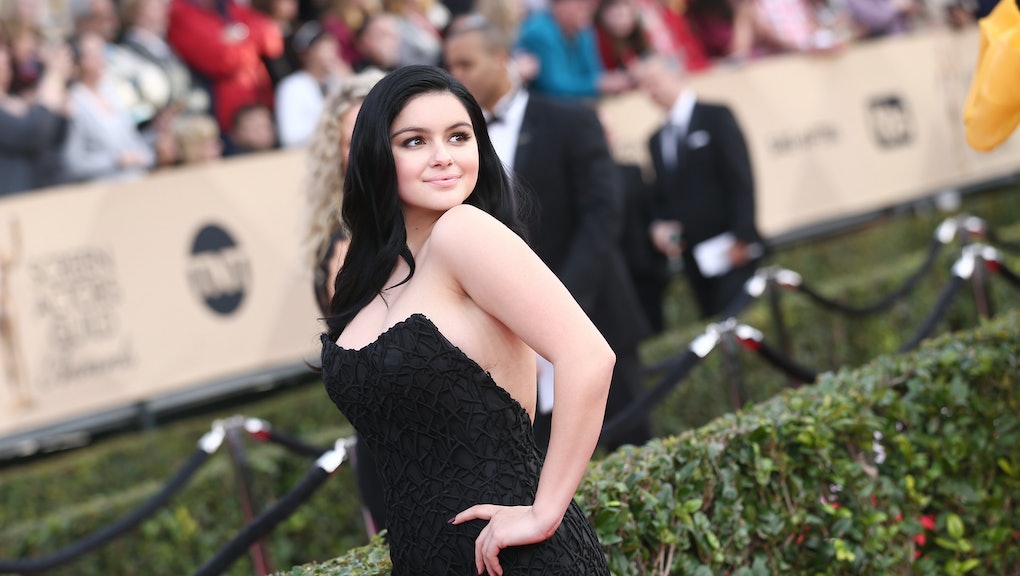 If you got it, flaunt it.

In June, after a year of feeling self-conscious of — and being shamed for — the size of her breasts, Ariel Winter got breast reduction surgery, a decision she made public in an August interview with Glamour.

And at Saturday night's Screen Actors Guild Awards, the Modern Family actress showed everyone that she's not trying to hide anything from anyone.

Winter, 18, owned the red carpet, stepping out in a strapless black dress. Nevertheless, it was the small scar peeking out from the bodice that caught the most attention.

But make no mistake: Winter meant for people to see it.

"Guys there is a reason I didn't make an effort to cover up my scars!" she explained on Twitter. "They are part of me, and I'm not ashamed of them at all."

Fans tweeted back their support, telling her she looked beautiful and that she shouldn't let the haters get her down. The good vibes must have been a welcome respite from the harassment Winter endured before her surgery.

Ariel told Glamour, "The internet bullies are awful. I could post a photo where I feel good, and 500 people will comment about how fat I am and that I am disgusting." Winter added that while she may have appeared to exude confidence on the red carpet, on the inside she was feeling down on herself.

"It's hard when you're a teenage girl and you already have a lot of ridicule and then you pile on more, and it's kind of... it just gets too much," she said.

Still, Winter asserted that the decision to undergo surgery was ultimately a choice she made for herself. "I can't even really put it into words about how amazing it feels to really feel right."