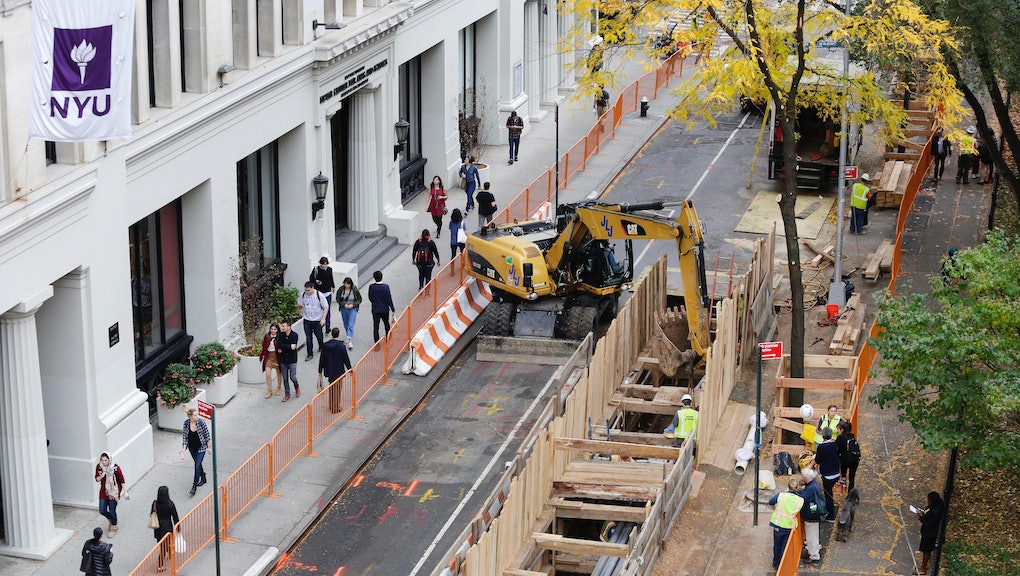 Does an applicant's criminal background belong on a college application form?

That was the debate taken on by New York University to the board that oversees the Common Application. Since 2007, the ubiquitous college entry form used by more than 600 schools has required applicants to disclose their criminal backgrounds, and now NYU is questioning whether it's time to re-evaluate.

"Especially in the context of high rates of school discipline and incarceration among people of color, it seems vital to pose two questions about the checkboxes," NYU's vice president for enrollment management MJ Knoll-Finn said in a letter last month to the Common App chief Paul Mott and board chair Gil J. Villanueva.

"Do they, in fact, have any predictive value, and does their presence work against universities' mission as engines of social mobility and diversity either by discouraging applicants or by resulting in unjustified denials of admissions on the grounds of safety or integrity?"

"Do they, in fact, have any predictive value?"

The letter comes as school administrators face pressure from student groups that argue the questions serve as a form of discrimination, as the prison population skews toward minorities,

Already the NYU Silver School of Social Work has dropped the question from its application, however, the university as a whole remains tied to the Common App. According to Knoll-Finn, the question was added during a period when the school was taking heightened campus safety precautions. Still, many say criminal history inquiries have not made things safer.

At least one study by the Center for Community Alternatives found that "a broad array of convictions are viewed as negative factors in the context of admissions decision-making." Among this broad array were "misdemeanor convictions" and "youthful offender adjudications."

The arguments of Greene and others have also been echoed by President Barack Obama, who issued an executive order in November that mandated such questions be removed from federal employment applications.

"A lot of time [a criminal record] disqualified you from being a full participant in our society, even if you've already paid your debt to society," Obama said at a press conference.

For NYU, the change would be marginal, as only 50 to 80 students who apply to the school every year check the criminal record box. Last year, the schools received 63,000 applicants, according to DNAInfo. The effects of the question however, may be more profound than the numbers suggest.

Activists report that students who check the box are typically subjected to heightened scrutiny and may just avoid applying at all rather than face awkward questions about their past. "The disparities and underrepresentation we see at schools is a concern, and this may indeed be one of the contributing factors," Kristen Clarke, executive director of the advocacy group Lawyers' Committee for Civil Rights Under Law, told the New York Times.

"Research universities believe in evidence-based decision­ making," Knoll-Finn wrote in her conclusion, while also offering to share any relevant data that the Common App would require.