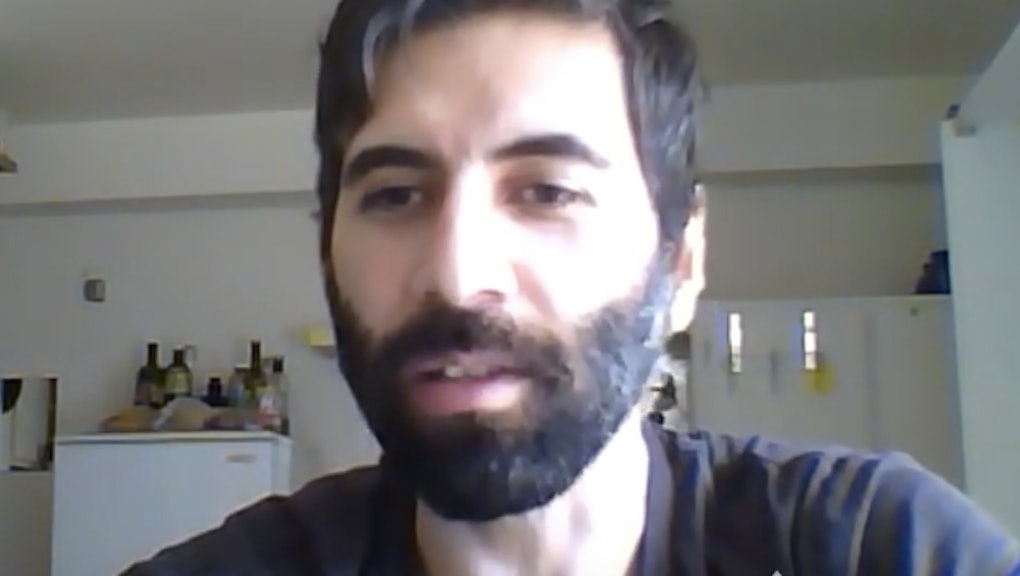 Feminists are no strangers to online harassment, especially at the hands of so-called "men's rights activists." One of the most notorious MRA leaders, however, planned to foster his community and take those controversial, often misogynistic, values offline in a series of international meetups.

Daryush Valizadeh, 36, who is known online as "Roosh V," organized a series of international gatherings exclusively for heterosexual men in cities across 40 countries. His goal in doing so was to enable his community to "come out of the shadows and not have to hide behind a computer screen for fear of retaliation," the National reported on Monday.

However, Valizadeh canceled the meetup planned for Feb. 6 due to concerns for attendees' safety, Buzzfeed reported Wednesday. While the group leader acknowledged he "can't stop men who want to continue meeting in private groups," no official meetup will take place, according to the same report.

The retaliation they fear is likely from individuals who disagree with the community's stance that rape should be legalized on private property and the values Valizadeh promotes in his 15 self-published books about how to "pick up women." The books are reportedly complete with racial stereotypes and questionable attitudes regarding sex and inebriated women, according to the same report. And many citizens have demonstrated this fear is hardly unfounded. Canadian protesters threw beer and hurled insults at Valizadeh at a previous event in Canada, according to the Daily Mail.

One petition in Scotland protesting the anti-feminist leader's "hateful violent views" has received over 7,000 signatures, according to the Sunderland Echo — and for good reason considering Valizadeh's website includes user-submitted guides on ideal locations to sexually assault women in Glasgow and Edinburgh, according to the National. Another petition beseeching police to prevent upcoming meetings in Australia received more than 60,000 signatures in a single day, according to ABC.

Governmental officials have even gotten involved in Australia. Although Valizadeh is scheduled to visit Brisbane, Melbourne, Sydney and Perth this weekend, Australian immigration minister Peter Dutton called a meeting to potentially order a visa cancellation — although a spokeswoman in the immigration office noted the pickup artist hadn't appeared to order one in the first place, according to ABC.

"Australia doesn't welcome people to our country who disrespect women," Dutton told ABC. "The department in the past has made decisions to cancel visas of people that advocate violence, particularly against women."

Ultimately, as Australian Greens Senator Larissa Waters put it, the behavior of men interested in attending is "completely out of touch with the majority of Australians."

Watch our Mic Check video on Roosh V below: