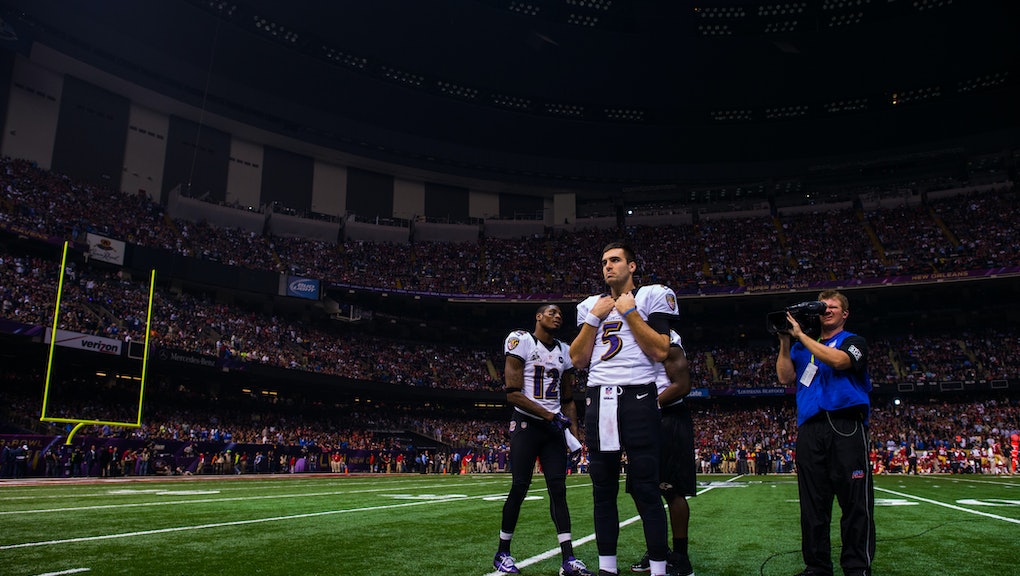 Is the Super Bowl Rigged? Here Are Some of the Biggest Conspiracy Theories

Super Bowl Sunday is again upon us: The Carolina Panthers face off with the Denver Broncos on Feb. 7, which means a few things for football enthusiasts. Mountains of wings, million-dollar commercials and invariably, a resurgence of the perennial question: Is the Super Bowl rigged?

Every year, it's the same debate. Those on the winning side get to gloat, while less graceful losers argue that some omnipotent and profit-minded sports authority fixed the game, robbing the true winners of their chance at the Lombardi trophy before the action even began. Many on Twitter seem to adhere to the latter conspiracy and insist that the big event is a sham.

We did look it up. And what we found is that the Super Bowl is an enormously profitable affair, which exactly no one will be surprised to hear. The most valuable match, in terms of ad revenue, was 2012's Super Bowl XLVI, when the New England Patriots played the New York Giants and earned advertisers around $245 million.

Which is nearly $1 wagered per viewer. Those stakes are high, high enough that they might reasonably inspire people to take extreme measures. And yet no one has definitively proved that a Super Bowl win was fixed in advance.

But not for lack of trying. Recall Super Bowl XLVII in 2013, when the Baltimore Ravens vs. the San Francisco 49ers and when a power outage left large swathes of the New Orleans Superdome in darkness and a 34-minute-long hole in the broadcast, this with 13 minutes and 22 seconds left on the clock in the third quarter.

When the lights went out, the Ravens were leading the 49ers 28 to 6. When regular programming resumed, however, the game had almost done a 180: San Francisco made huge gains on Baltimore, which team won but only just. The final score was 34-31 for the Ravens, prompting speculation from fans that NFL commissioner Roger Goodall orchestrated the electrical failure either to keep people watching, or to shift the game play in his favor, according to the International Business Times.

Following the Seattle Seahawks' defeat of the Denver Broncos in 2014, a flimsier conspiracy theory circulated around the internet, one that said NFL officials were investigating a claim that Denver players had been bribed into a loss. As the story had it, referee Tim McAulay allegedly overheard Peyton Manning, the Broncos' quarterback, ask the Seahawks' head coach, "When are you going to pay up?"

The rumor was revealed to be a hoax, but because things like the 1919 World Series — a rigging allegation so widespread it's worked its way into national history — and the so-called Deflategate scandal happen in sports; because fans stake so much on their teams; because someone has to lose, we can count on another iteration of the same old story cropping up in 2016. It wouldn't be the Super Bowl without it.