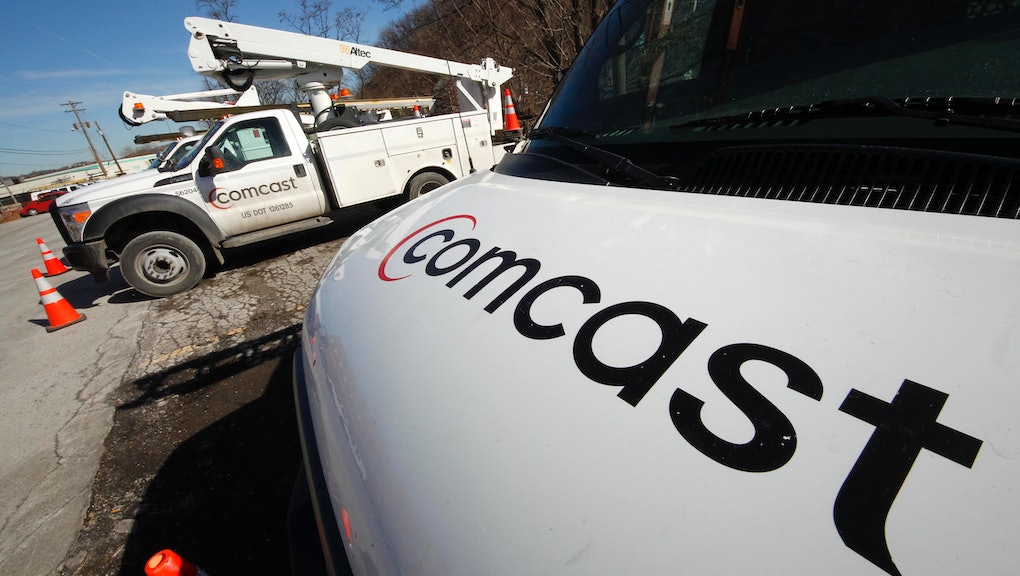 This Dude's Comcast Service Is So Bad, He Built a Program to Troll the Company

The only thing more hopeless than having a slow internet speed? The hoops you have to jump through to complain about it: spending hours on the phone, turning your router on and off, taking off from work to wait hours for the cable guy to show up.

Redditor AlekseyP had that same problem. But he also had a plan: He set up a Rasperry Pi — a small, pocket-sized computer — to test his internet connection, which was supposed to have a download speed of 150 mbps. Whenever the speed ran below 50 mbps, he set up the computer to tweet automatically at Comcast, forcing the service provider to confront the subpar service.

"All their customers deserve the speeds they advertise, not just the ones who are able to call them out on their BS."

Every time Comcast tweets at AlekseyP to offer assistance, though, he doesn't answer.

"I have chosen not to provide them my account or address because I do not want to [be] singled out as a customer," AlekseyP wrote. "All their customers deserve the speeds they advertise, not just the ones who are able to call them out on their BS."

But Comcast's customer service isn't done with AlekseyP. A dutiful redditor named Pizzalover68, who claims to be a Comcast field technician, showed up to offer support in an exhaustive 10-paragraph response, saying that AlekseyP could be using the wrong modem or might just have a faulty cable.

The supposed Comcast employee suggested another possible problem, called "ingress" — not the augmented-reality game, but the presence of other radio frequencies that can mess with your internet connection. But like the tweets from Comcast, Pizzalover68 didn't get a response from AlekseyP, at least not publicly.

AlekseyP made his code available here, if you have a working knowledge of the programming language Python. If you don't, learning might take less time than waiting on hold for Comcast to hear your complaint.