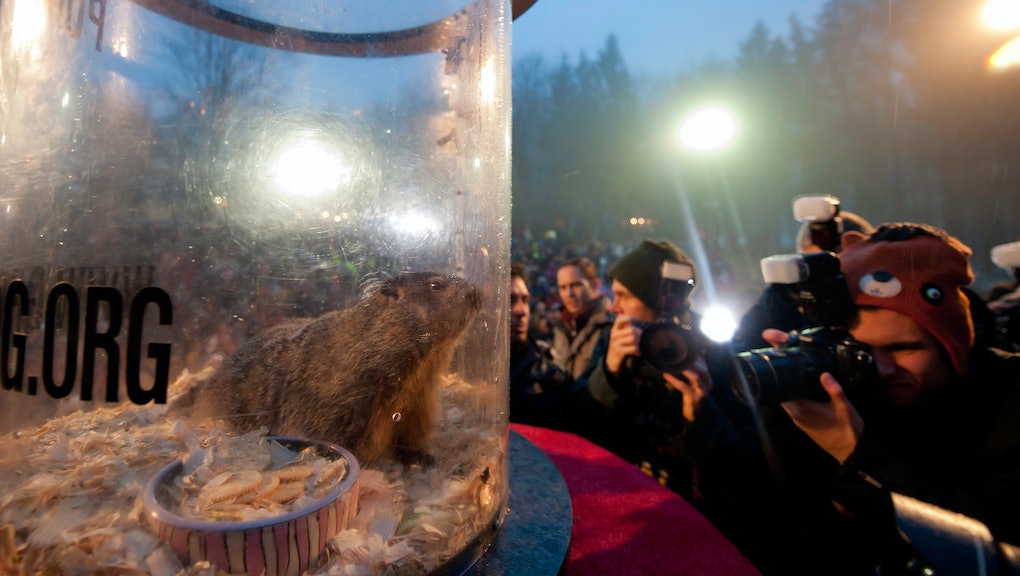 On Tuesday morning, Puxstawaney Phil the groundhog did not see his shadow, which ostensibly means spring comes six weeks early this year. Unless, of course, you believe in science, in which case, it means absolutely nothing.

Why is Groundhog Day still a thing people take seriously? It probably has something to do with Bill Murray. But Twitter thinks it has an answer that isn't mutually exclusive: white people.

Are you spotting the trend yet? No? Try these:

Groundhog Day has its roots in old European superstitions surrounding Feb. 2, the Christian liturgical calendar's Candlemas Day, and its connections to the forthcoming weather, according to Vox. At some point, the question of what happens on Candlemas got tied into whether bears had come out of hibernation yet.

Eventually, Vox reported, the superstition made its way to the Pennsylvania town of Punxsutawney via German immigrants, where a newspaper editor in the 1880s promoted the groundhog-themed event as a way to raise the town's profile.

Some 100 years later, Groundhog Day went from a relatively obscure holiday to a major national holiday following the release of 1993's Groundhog Day in which Murray finds himself stuck in a time loop that has him repeating the seemingly pointless holiday forever.

Puxstawaney Phil, for the record, has been correct about 39% of the time, which is a stat people of all races can be disappointed in.