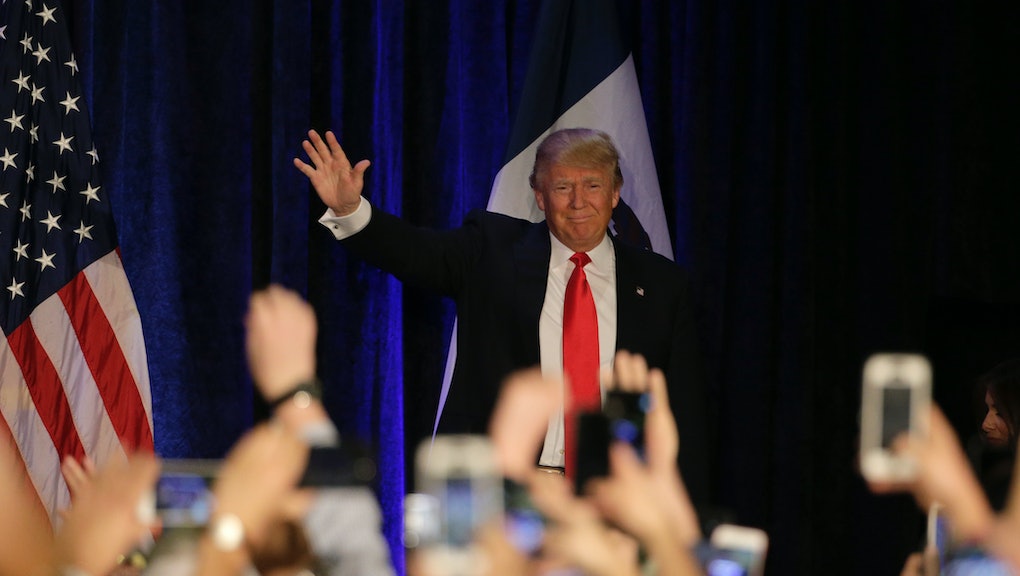 Quick — direct your browser to "loser.com." Go ahead, give it a try.

If you're fast enough, you'll see this:

A domain registration search revealed few clues as to the identity of the site's owner.

Sure, the prank may be kicking Trump while he's down, but as Trump himself is fond of reminding his supporters, losers are losers.

If it's any consolation for Trump, though, the domain JebBush.com continues to redirect to Trump's own campaign site. Eh, it's probably not.