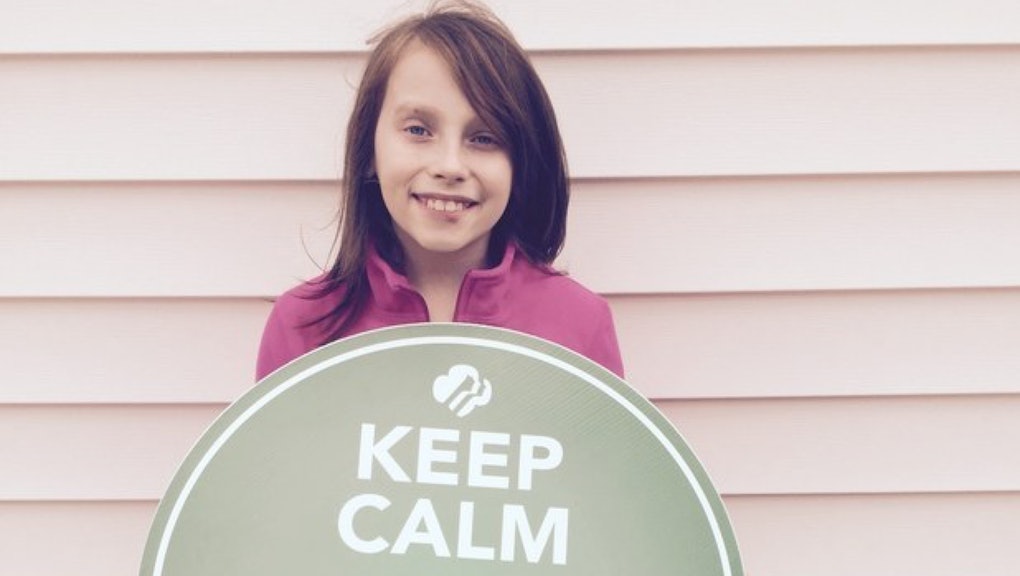 In May the Girl Scouts of the United States of America reaffirmed its policy to admit transgender girls into the organization. But just because the organization itself has embraced the LGBTQ population, that doesn't mean everyone else has.

That was the reality that greeted 9-year-old Stormi, a trans girl from Herrin, Illinois, when she knocked on the door of a neighbor during her door-to-door cookie campaign. Stormi, who was identified by only her first name in a BuzzFeed interview, gave her usual sales pitch for the Girl Scout cookies.

And like any Girl Scout who's ever hit the cookie route, she might have expected to be turned away for any number of reasons. But she probably didn't anticipate the one she got:

"Nobody wants to buy cookies from a boy in a dress."

"It made me sad," Stormi told BuzzFeed, "because I'm a girl."

The incident echoes an American Family Association petition that originated in May, calling for a reversal of the policy to welcome transgender youth that GSUSA instituted four years ago. To date, the AFA initiative has collected over 40,000 signatures.

"This means girls in the organization will be forced to recognize and accept transgenderism as a normal lifestyle," a statement on the AFA's petition page read. "Boys in skirts, boys in makeup and boys in tents will become a part of the program. This change will put young, innocent girls at risk."

GSUSA issued a swift and steadfast statement reiterating the group's stance via Andrea Bastiani Archibald, a developmental psychologist with the Girl Scouts:

"There is not one type of girl. Every girl's sense of self, path to it and how she is supported is unique. ... If a girl is recognized by her family, school and community as a girl and lives culturally as a girl, Girl Scouts is an organization that can serve her in a setting that is both emotionally and physically safe."

As for Stormi, she has the haters eating their words. But not her cookies — because transphobes don't get Thin Mints.

Instead, with the help of her foster mother, Kim, the scout took her business online, where she shared her story in a forum for transgender children, BuzzFeed News reported. There she received an outpouring of support, not to mention sales. Within one week, Stormi had sold more than 3,000 boxes of cookies.

Stormi hopes that her story spreads a larger message about acceptance. "I want kids like me to know they are perfect just the way they are," she told BuzzFeed. There are people all over the world that love you. Never give up because it does get better.