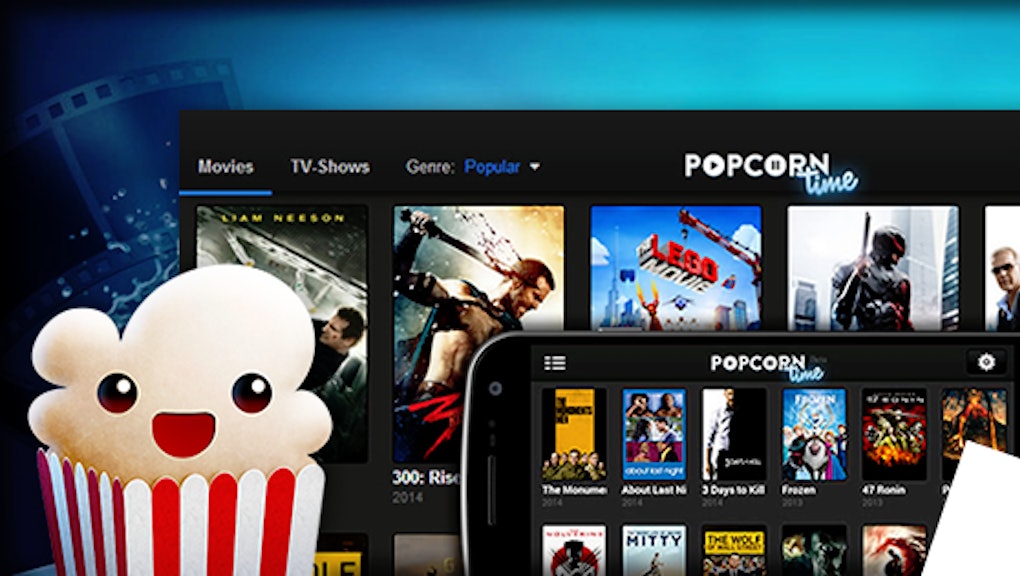 There is an illegal version of Netflix, and it's growing stronger.

It's called Popcorn Time — a system that allows you to stream movies in a slick interface that looks just like Netflix's, except you have access to all of the off-limits goodies. To use it, you'd generally have to install a program that organizes and torrents the movies, but now the team has launched Popcorn Time Online, a version that plays right in your browser.

Canadians and others have gotten around this by using VPNs, but Netflix announced last month that it would be cracking down on VPN use.

To use the new in-browser Popcorn Time, you need to download "Torrents Time," the browser plugin that enables the whole thing. The development team claims that the plugin has a built-in VPN — a "virtual private network" that keeps your browsing anonymous — and the ability to Airplay or Chromecast what you're watching.

Netflix is cracking down. Most people don't feel the need to learn how to download movies over the internet, because most people just use Netflix. Many of these people also use it illegally, not necessarily in the U.S., but in places like Canada where their Netflix library is vastly inferior to the American options.

Canadians and others have gotten around this by using VPNs, but Netflix announced in January that it would be cracking down on VPN use. There are plenty of people who use VPNs for perfectly legitimate purposes, like protecting their computers or trying to evade surveillance, and Netflix is trying to make allowances by letting military members on bases to use VPNs to access Netflix.

But many people will simply flock to services like Popcorn Time Online, a last bastion for people who will not be told they can't watch Comedy Central online in Canada whenever they damn well please.