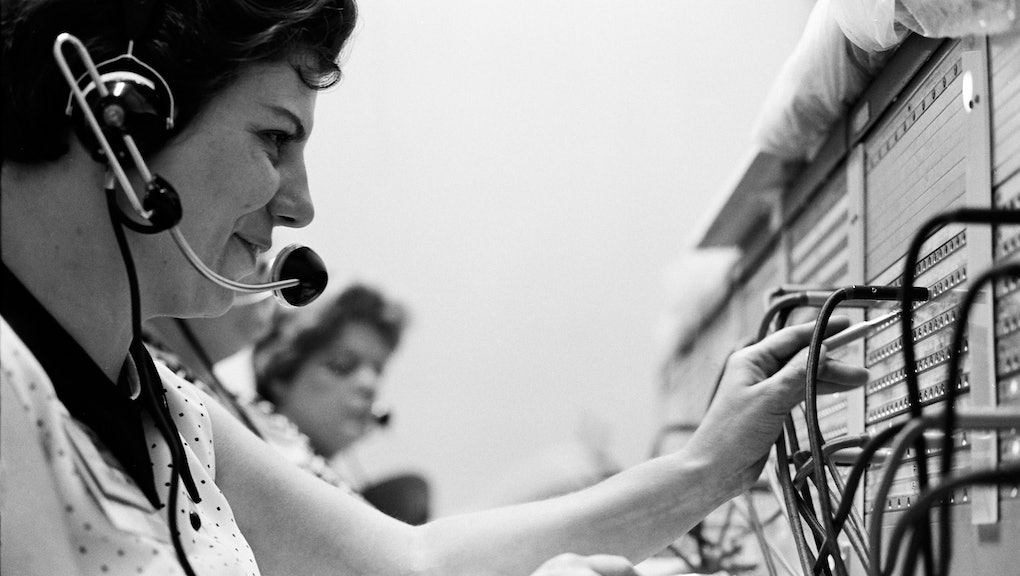 Dial This Number Next Time You Get a Telemarketing Call, Then Watch Chaos Reign

Robots, algorithms and machines sometimes seem designed to destroy us. They take our jobs, manipulate our Facebook News Feeds and rain death on foreign nations from across the world. But some robots can be heroes, saving us from the dreary agents of capitalism.

The Jolly Roger is such a bot, designed to lead telemarketers down a rhetorical maze to keep them busy until they're at their wits' end while you go on about your day.

Next time someone calls you for sales purposes, simply tap "add call." Dial 214-666-4321. Merge the calls. Then the Jolly Roger Telephone Co., a voice recording that will frustrate and confuse that telemarketer, will take over.

The future of the internet: robots trying to coerce and sell things to the robots we've hired to defend us.

The robotic script is designed to trick someone into trying to engage it for as long as possible. Along with affirmatives like "yes" and a curious "OK," it mixes in questions like "Sorry, could you start over? Who's this? Why are you calling?" It also goes off on entire tangents and distractions, leading annoyed salespeople to try and find lucidity and understanding in a totally lifeless recording.

The robot was created by Roger Anderson, who now has a YouTube channel where he documents various telemarketers encountering his robot. Some of the telemarketers figure out eventually that they're dealing with a bot. It's highly entertaining in its schadenfreude.

When listening to the videos, you may reach a moment when you begin to feel bad for the telemarketers. Don't fall into this trap, Anderson reminds you in some of the videos: Many of these callers are going around Do Not Call lists or are using machines to ping thousands of people at a time. As well-intentioned as they may seem, they're ultimately using shady sales tactics.

Then again, some telemarketers are just robots themselves, impervious to pranks or other forms of manipulation or deception. In this case, you can still forward the call to Jolly Roger and watch the future of the internet: robots trying to coerce and sell things to the robots we've hired to defend us.