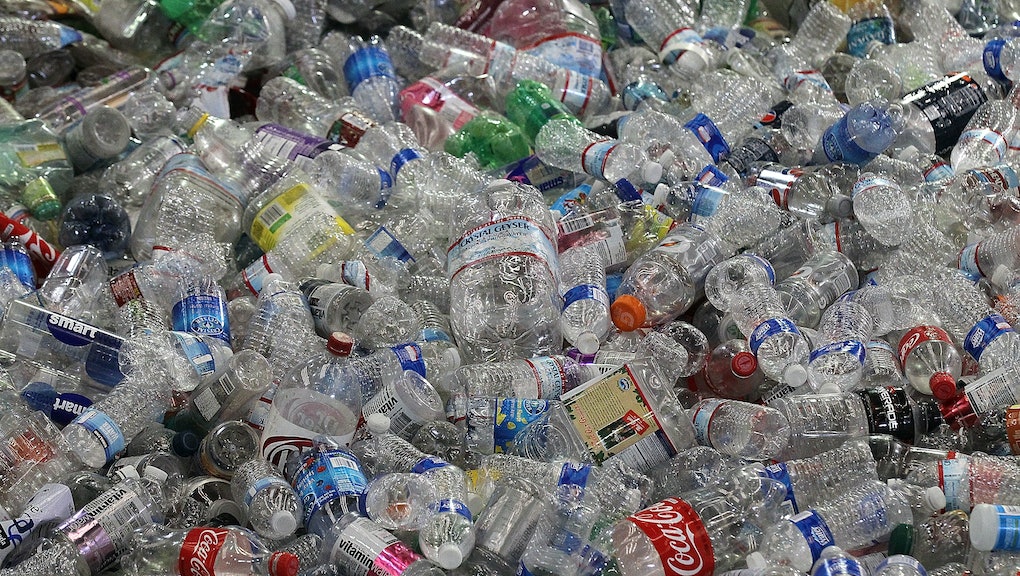 Bad news for bottled water drinkers: That "BPA free" label doesn't help as much as you thought.

More expensive water bottles often say "BPA free" on the tag. That BPA stands for Bisphenol A, a chemical used to harden plastics like CDs, food can linings and dental sealants. The Food and Drug Administration is mostly cool with BPA for humans in low doses, though the agency regularly evaluates that position.

Some reports allege when humans or animals ingest BPA, the chemical can imitate our hormones, causing problems in early brain development and the endocrine system. Because of that, some brands create products without the contested chemical. But you have to harden plastic somehow, and some companies choose Bisphenol S: Same family, less publicity.

According to researchers from UCLA and the School of Environmental and Chemical Engineering at Shanghai University, BPS is dangerous, too. Published in the journal Endocrinology, the researchers' study used a zebrafish to show how BPS contact screwed with brain cells and genes used in reproduction and growth.

"Egg hatching time accelerated, leading to the fish equivalent of premature birth," said Nancy Wayne, a reproductive endocrinologist and a professor of physiology at the David Geffen School of Medicine at UCLA, according to Science Daily. "The embryos developed much faster than normal in the presence of BPA or BPS."

Based on what scientists believe about BPA's influence on hormones, that "premature birth" might have come about from the mimicking of estrogen. But Wayne found that both the BPA and BPS mimic thyroid hormones, the ones used to develop your brain in the womb, too. So not only could it cause premature birth, it could cause major brain problems on the cellular level.

Keep in mind, these results are based on a zebrafish given an amount of BPA and BPS equivalent to what's found in polluted rivers. But Wayne doesn't think minnows like the zebrafish are the only animals at risk.

"Our data support that hypothesis," Wayne said, according to Science Daily. "If BPA is impacting a wide variety of animal species, then it's likely to be affecting human health. Our study is the latest to help show this with BPA and now with BPS."

BPA and BPS can get into your food if that food comes in plastic containers. So keep Wayne's results in mind next time you buy a container with a plastic lining, because BPA isn't the only plastic-hardening chemical that could screw with your insides.