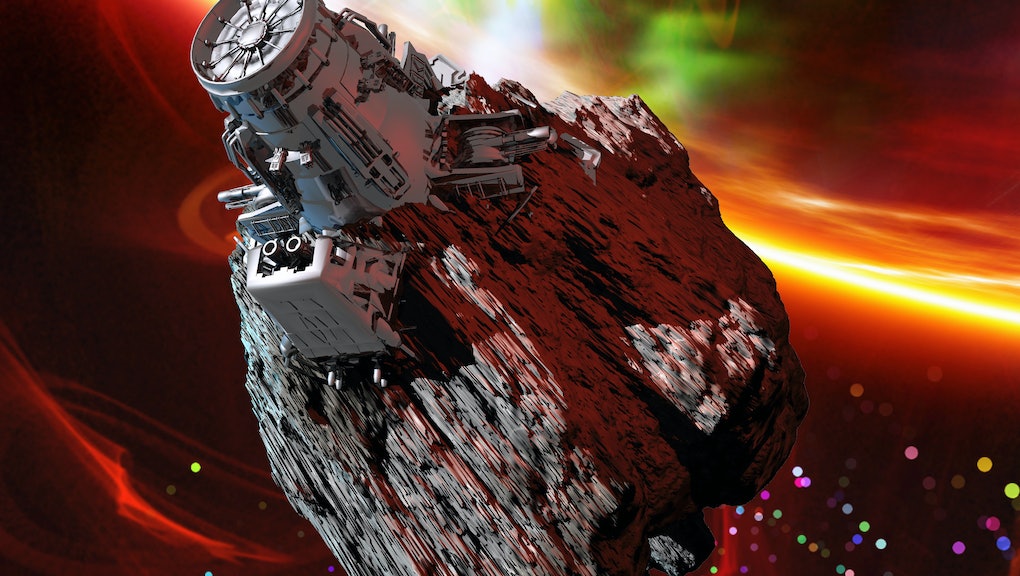 "The first trillionaire in the world is going to be the person who exploits the mineral content of metallic asteroids," astrophysicist Neil deGrasse Tyson told Mic back in April 2015. If that holds true, the small European country of Luxembourg just announced it's about to get filthy rich.

On Wednesday, Luxembourg Deputy Prime Minister Etienne Schneider said his country plans, in tandem with Larry Page's Planetary Resources and asteroid-mining company Deep Space Industries, to pursue the mining of asteroids — the value of which have been valued at around $195 billion, depending on size and metallic content. Those metals can be anything from iron, nickel and cobalt to gold and platinum.

"Our aim is to open access to a wealth of previously unexplored mineral resources on lifeless rocks hurling through space, without damaging natural habitats," Schneider said in the statement. "We will support the long-term economic development of new, innovative activities in the space and satellite industries as a key high-tech sector for Luxembourg."

Schneider has allegedly been devising a mining program in secret since he visited NASA's research center in 2013. But going after asteroids is nothing new: Osiris-Rex, NASA's asteroid sample return mission, has been in the works for a 2016 launch for a while, creating a potential inroad to eventual interstellar mining trips. That trip, by the way, is budgeted at around $1 billion to bring back 60 grams of what it finds.

It's not exactly a cheap endeavor. One trip to mine asteroids can cost somewhere around $2.6 billion, but it's likely to pay off. Reports show one medium-sized asteroid's worth of platinum is more than the entire gross domestic product of the U.K. That's probably why President Barack Obama signed a law last year saying any space rocks a U.S. citizen brings back from space belong to that citizen to "possess, own, transport, use and sell," and why Deep Space Industries says it's pulling $2 billion annually in private investment.

Each piece of the whole is already remarkable. The president of the United States is signing interplanetary finders-keepers laws, for crying out loud. The real point here is clear: The industrial world is at a turning point.

"There are moments when the world changes," said Deep Space Industries chairman Rick Tumlinson, according to a DSI statement. "By joining the U.S. and private citizens and companies who are moving outwards into space, Luxembourg is making this time in history one of those moments. The citizens of Luxembourg should be proud."

The push to mine asteroids has been a long time coming and could have huge implications for the countries involved. It means mean not blowing up and burning down parts of our already fragile planet. It also could lead to incredible amounts of wealth that have never been accessed in the history of humanity. Good on you, Luxembourg.