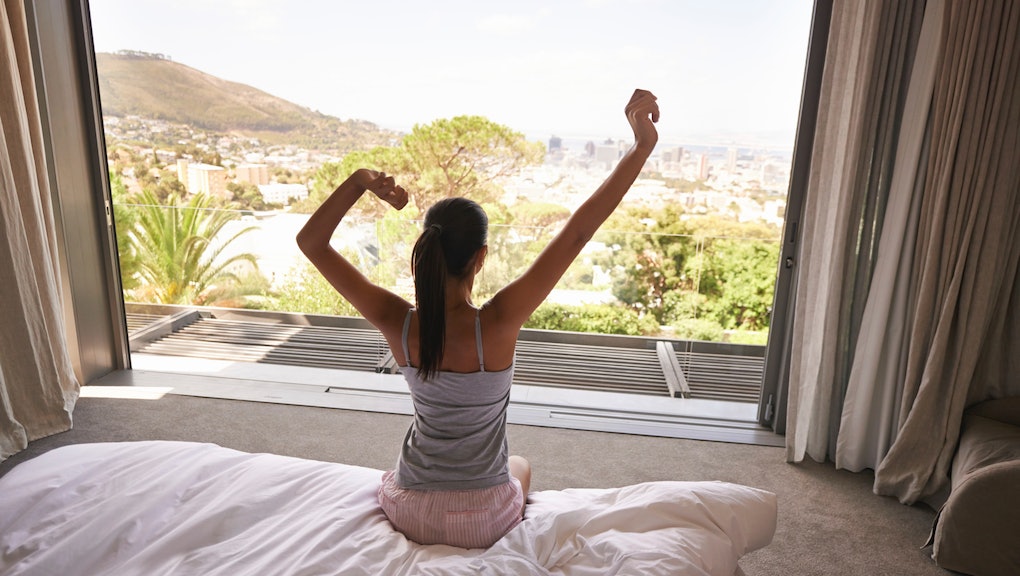 Are you the sort of person who bounces out of bed at 6 a.m., ready to go for a 5-mile run before cooking up a three-course breakfast?

If you constantly wake up before sunrise — and can't, for the life of you, stay up till midnight — it might not be your fault. It turns out, being a morning person could be coded in your genes.

Researchers at the genetics company 23andMe recently located specific regions of the human genome that determine our so-called "morningness," the Verge reported.

"We think of our preferences as things that we come up with — things that are kind of spontaneous parts of who we are — but they do have a basis in biology," said David Hinds, a statistical geneticist at 23andMe and a co-author of the study, according to the Verge. "I think it's just very interesting for people to see how their biology influences who they are."

The study, published in Nature Communications, involved surveying 90,000 23andMe customers about their sleep habits. Participants were asked, via online questionnaire, whether they were naturally morning or night people. The researchers then compared the answers to the participants' genomes, trying to find links between certain genetic variants and the ways participants answered the questions.

The genetic variants that predicted people's "morningness" were grouped in 15 regions of the genome, the researchers found. Of those 15 regions, seven were involved in our circadian rhythms — our internal 24-hour clocks that regulate when we feel sleepy and when we're more awake.

The study yielded some other interesting findings.

Uncovering the genetics behind our sleep schedules is just the beginning, 23andMe says.

"With the information we have, we can uncover the genetics behind a variety of conditions and diseases," the study authors wrote, "and hopefully reach a better understanding of how we differ from one another."