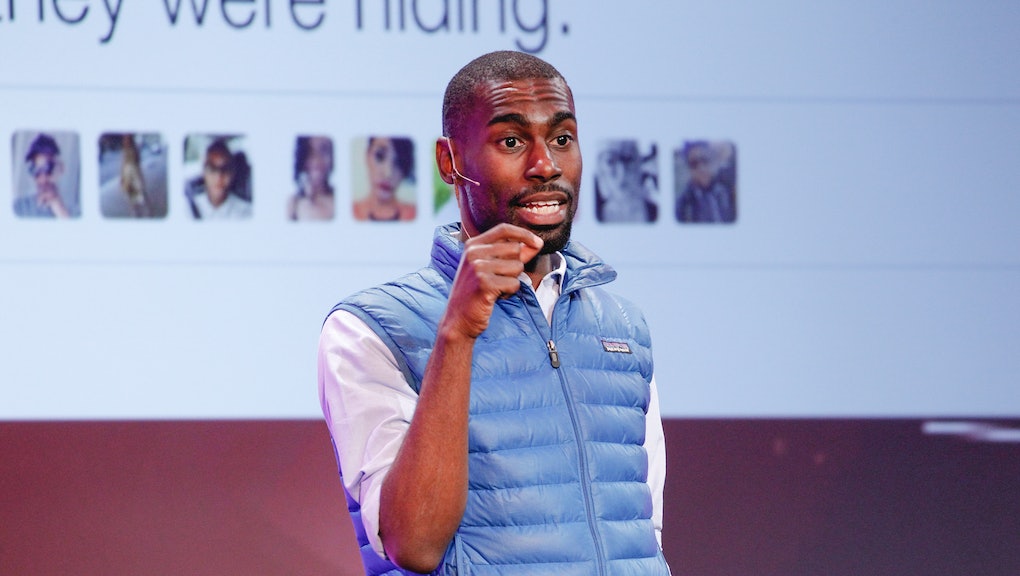 Black Lives Matter activist DeRay Mckesson filed the necessary papers to run for mayor of Baltimore on Wednesday, launching a bid to replace outgoing Mayor Stephanie Rawlings-Blake, who made clear in September that she will not seek re-election. Mckesson will run as a Democract.

In a post to Medium, Mckesson wrote that he loves Baltimore and that the city has made him the man that he is. However, loving Baltimore has meant seeing it go through tough times.

"Like so many other residents, I have watched our city deal what seems like an endless series of challenges and setbacks," Mckesson wrote. "We have lived through lofty promises and vague plans. We have come to expect little and accept less. When we rely on this traditional model of politics we are rewarded with consistent, disappointing results."

Mckesson added that he is not the "silver bullet" for Batlimore's problems, but that he hopes to take the city in a new direction.

Mckesson is a Baltimore native as well as a figurehead in the Black Lives Matter movement who recently shifted his attention to spearheading the movement Campaign Zero, which aims to end America's police brutality epidemic.

Mckesson joins a crowded field of 28 mayoral candidates, according to the Baltimore Sun. The makeup of the race stands at 13 Democrats, four Republicans, three Green Party candidates and a libertarian.

"Baltimore is at a moment," Mckesson told the Washington Post. "I'm running to usher Baltimore into a new era where our government is accountable to its people and aggressively innovative in how it identifies and solves problems."

Baltimore has been at the center of the national conversation around race since the death of Freddie Gray at the hands of Baltimore police. Currently, 58% of Baltimore residents think the city is "on the wrong track," according to a recent poll.

Mckesson spoke about his mayoral aspirations in a recent interview with New York magazine after being asked whether he'd be open to running for political office.

"I don't know at what point I'd think being an elected official would be the best way to be in the work, because right now we are trying to apply this pressure from the outside," Mckesson told New York in November.  "I'm confident that protesters will run for office at the local level soon. And do transformative work. And I want to support that. And know protesters would be completely capable."

According to the Washington Post, Mckesson met with several policy experts in a private meeting in January to dissect the policy proposals of current mayoral candidates and craft an agenda that included not only criminal justice reform, but also health care policy, housing and education.

According to his Medium post, Mckesson will release his policy plans for Baltimore in the coming weeks.

"We can build a Baltimore where more and more people want to live and work, and where everyone can thrive," Mckesson wrote.

The Baltimore mayoral primary will be held on April 26, 2016, with the general election taking place on Nov. 8.