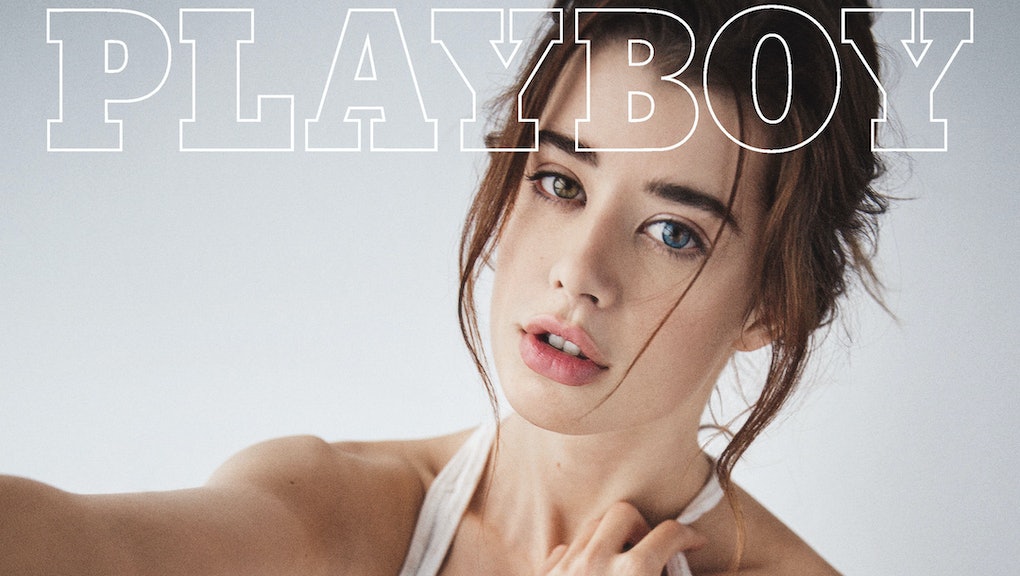 'Playboy' Ushers in a New Era With Its First Nudity-Free Issue, Which Just Hit Stands

It would only be a small exaggeration to suggest Playboy invented soft-core pornography. And while its first cover, featuring Marilyn Monroe in 1953, was arguably modest, even for the post-war era, subsequent cover models and centerfolds have inspired outrage — and, well, other feelings — ever since.

Playboy officially closed out the era of the dirty lad mag Thursday, when it published its first nudity-free edition, a change that was announced in October. Covering things up was actually only the most significant of a number of changes the magazine inaugurated in their latest issue. Gone too are the cartoons, joke list and signature "Entertainment for Men" tag line. The new Playboy will now also be printed on higher quality paper.

"There's a lot that we're keeping of the DNA of the magazine, but there's a lot we're evolving too," Cory Jones, Playboy Enterprise's chief content officer, told CNN. "It's going to be sexy, but it's going to be safe for work." (Safe for work, though, may be a bold suggestion depending on the standards of your office's human resources department.)

The decision to turn away from complete nudity was as much motivated by economics as it was changing times. The competition from free pornography on the internet was an undeniable threat to the mag's relevancy. And the numbers were clear proof: Since the 1970s, Playboy has seen its readership plunge from more than 5 million to about 700,000 today, according to the New York Times.

Indeed, in an homage to the times — and an appeal to millennial readers — the latest cover, featuring model Sarah McDaniel (who, while not nude, isn't clad in much), is designed to resemble a Snapchat snap.

Playboy has also promised the change will come with an emphasis on non-pornographic online content through its website. It is also increasingly in step with the overall editorial content, which is known for its decidedly unsexy — and award-winning — longform pieces and exclusive interviews with everyone from former Vice President Dick Cheney and the late Helen Thomas.

Challenges, however, remain. The Playboy brand is still mainly based in the hurting print media industry. And the magazine has been hobbled by a Google algorithm that shies away from search results it might deem pornographic. So, for example, traffic from the Cheney interview posted on Playboy.com diverts to aggregated versions of the story, and not the original story itself.

According to CNN, the primary challenge was selling the new idea to the magazine's creator, Hugh Hefner, who, at 89, is still an active creative force at the company.

Ultimately, though Hef, acknowledged the era of nudes had become passé, telling CEO Scott Flanders of the redesign, "This is what I always intended Playboy magazine to look like."