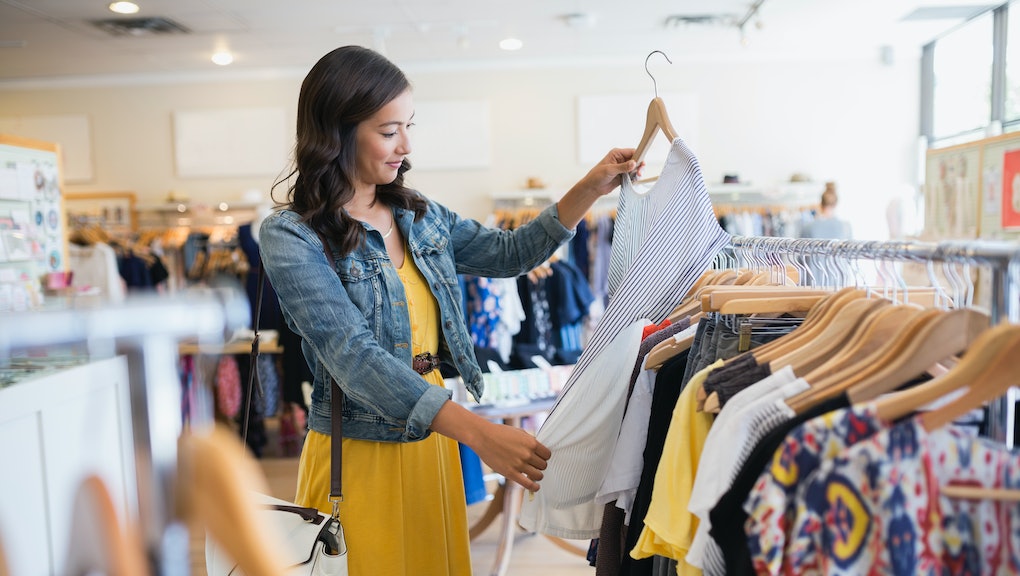 This Is the Kind of Fashion Advice We Would Like From Magazines, Thank You Very Much

Every magazine has so many rules that they want women to follow; and if you're over 30 (when your beauty inevitably fades and you're forced to either marry or live a life of pathetic spinsterhood), you've got even more to keep in mind so society accepts you. According to one outlet, for example, it's totally gross for geriatric 30-year-olds to even own a pair of low-rise jeans.

It is exhausting, and it is ridiculous.

But now one woman, Molly Hodgdon, who uses the Twitter handle @undeadmolly, has remarkably been able to write up a list of things women over 30 should never wear that doesn't completely piss us off.

The list reads "Top 20 things NO WOMAN Should Wear after 30," a common magazine trope that usually includes advice like "Don't wear cleavage-bearing tops, you old wench." Instead, Hodgdon has offered something actually useful.

For instance, she wrote, don't wear an untested jetpack. Avoid high heels if you're getting chased in a horror movie. Don't try a shirt made of wasps.

"I had the general idea one evening, jotted things down as I thought of them, then posted it before I went to bed that night," Hodgdon told Mic. "I do love thinking of ridiculous things and lists are fun. I admire comedians and I'm grateful for what they do. When I can make people laugh, too, I'm always extremely happy about that."

Not only is Hodgdon helping us to look ~stylish~ and appropriate — she's also trying to save our lives. Like, we really shouldn't ever be wearing booty shorts with military secrets written on the butt, regardless of age, right?

The list, originally shared on Twitter to a response of more than 8,000 retweets, is now climbing up the Reddit ranks, garnering 2,000 notes with a 98% upvote. That's where it's getting some very helpful additions, thanks to comments like, "Looks longingly at shirt made of wasps. Puts it away," "Good to know I can still wear my meat tunic as long as there aren't any feral dogs around," and "I still have 8 years to dig my feet into a pair of dead bird[s] and wear them as shoes. Good."

Other golden comments include, "Listen, I'm turning 32 this year and they can pry my military secrets booty shorts from my cold, dead ass."

"I honestly just hoped that people would laugh, women and men," Hodgdon said. "I didn't intend it as a super-feminist statement, more of a straight goof on the proliferation of weak listicle content that preys on people's worst impulses."

Of course, the original list was so expertly written that Hodgdon got messages from people who took it completely 100% seriously.

But for most women out there, including those embracing it on Reddit now, the list reflects just how deep their annoyance is at having been told to do insane shit like dye their fucking bangs rainbow or get wholly unnecessary chin fillers to look "more successful" their whole lives.

"There is no possible positive dynamic in the appeal of these lists," Hodgdon said. "Either you're so insecure that you're worried you might own an item on the list, or you're so savagely judgmental that you want to find confirmation that you're correct in your disdain for other women's clothes. Sad and unhealthy either way."

Now, instead of magazines telling us to eat greek yogurt for the 3 trillionth time, we say that they should contact Hodgdon directly for the rest of their advice listicle needs. For literally once in our entire lives, someone telling us what not to wear is quite helpful.

February 5, 2016, 8:21am: This story has been updated to include quotes from Molly Hodgdon.