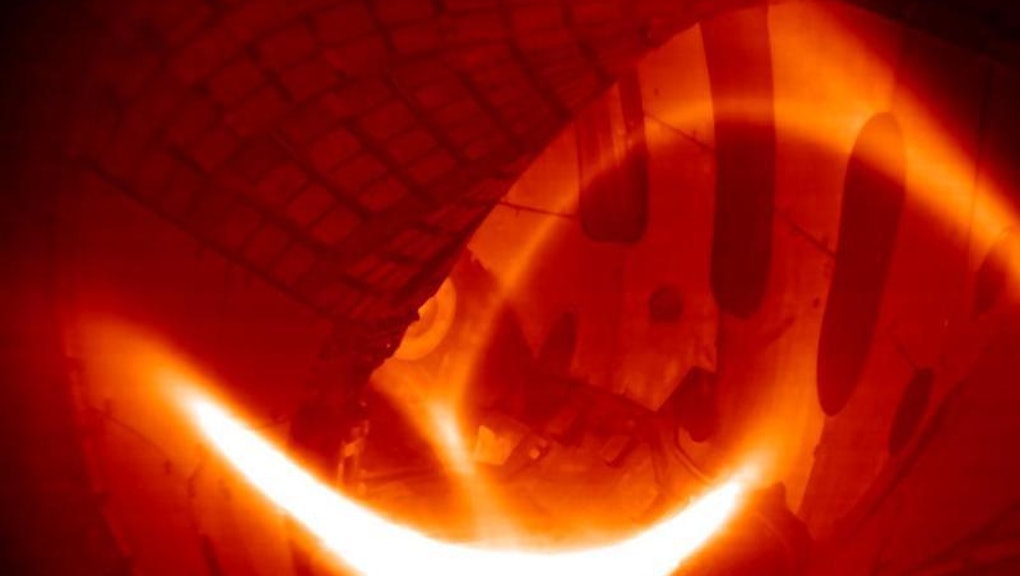 Scientists at the Max Planck Institute have created a device that mimics the sun's process of making energy and German Chancellor (and physicist) Angela Merkel just turned it on.

The Wendelstein 7-X is a nuclear fusion reactor that's currently testing a method for sustainably generating hydrogen plasma, which at certain temperatures can be used as an energy source, according to the Max Planck Institute. The experiment that Merkel just activated will last until the middle of March.

Germany has been ahead of the curve for a while now when it comes to renewable energy. Roughly a third of the country's energy came from renewable sources in 2015. On a good day, that means solar, wind and hydropower can account for as much as 78% of electricity consumed in Germany. But hydrogen plasma is in a whole other league.

By replicating the sun, scientists are hoping they can create a device that doesn't require much energy to run, but produces a lot of usable energy without harmful byproducts, according to the MIT Technology Review.

In order to make hydrogen plasma, the Wendelstein 7-X takes hydrogen gas and hits it with 2 megawatts of microwave heating, effectively separating the hydrogen atom electrons from the nuclei, according to the Max Planck Institute. The result is a low-density, hot hydrogen plasma.

This particular experiment isn't intended to generate energy itself. However, after March, the institute will clean and reinforce the walls of the plasma chamber with carbon tiles, so it can begin working with the hydrogen plasma at higher temperatures. Because "the fusion fire only ignites at temperatures of more than 100 million degrees," scientists will need to find a way to keep the vessel very hot continuously and insulated.

Ultimately, the goal of the research is to design a power plant capable of pulling energy out of this nucleic fusion. If the institute can pull it off, it will give Germany a highly renewable source of energy. But, as the MIT Technology Review notes, this technology is still years away from serving as a real source of clean energy.