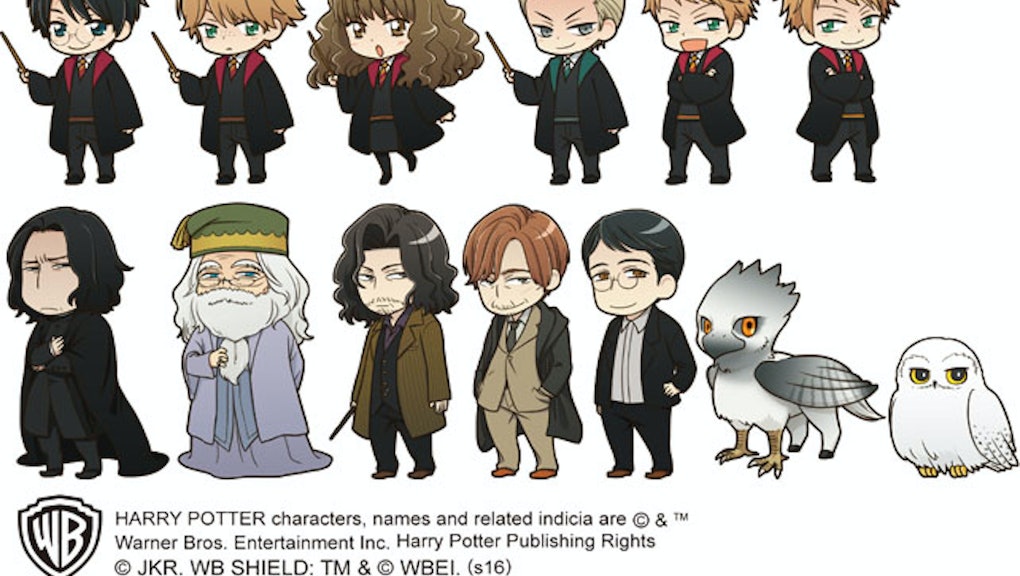 While Harry Potter and his magical friends may be just about as British as the Queen, some of the wizarding world's most rabid fans are actually 6,000 miles away — in Japan.

Now, in a uniquely Japanese twist, the iconic Hogwarts alumni have been reimagined as manga characters, doe-eyes, button noses and all.

The artwork is the result of a collaboration between a Japanese design firm and a film studio, according to the Guardian.  In all, 13 Harry Potter characters got manga treatment. In addition to its eponymous hero, there was also Ron and Hermione, Dumbledore and even Harry's messenger owl Hedwig. The backside of the pictures feature animals representing the four houses of Hogwarts.

But if you're looking to add these images, which are printed on plastic folders, to your Potter collection, it's going to cost you — in airfare. The items are only available for purchase in Japan.

Japan has long been crazy for all things Harry Potter and the manga images are only the latest in a string of cultural paraphernalia created for the series. At Universal Studios Japan, there is an entire wing exclusively dedicated to the book series, called the Wizarding World of Harry Potter. Meanwhile, the film version of Harry Potter and the Order of the Phoenix had its world premiere in Tokyo in 2007 to considerable fanfare.

Even the latest manga is late to the party, as amateurs around the world have been turning the universe of Hogwarts into anime for a very long time. A long — but by no means exhaustive — accounting of their efforts can be found on DeviantArt, an internet art sharing platform.

And who knows? The new set of Potter manga could mean that a full, franchise-authorized series is on the way.