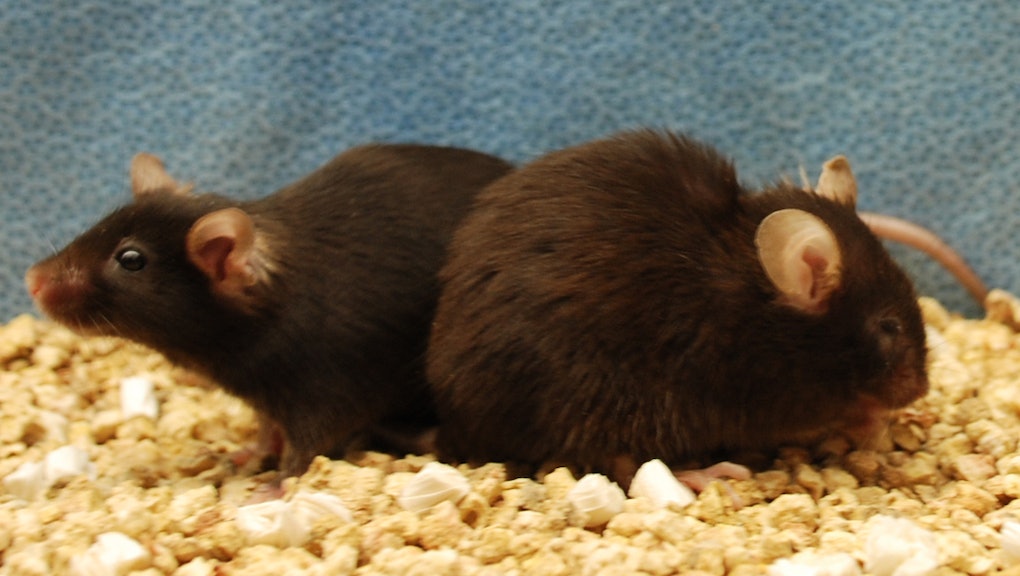 What if curing your body of age-related diseases were as easy as taking a single dose of medicine?

Thanks to a scientific breakthrough, this could one day become a reality. In a study recently published in the journal Nature, researchers at the Mayo Clinic were able to improve mice's health and increase their lifespans by up to 30% by wiping out a type of damaged cell from their bodies.

The damaged cells are known as senescent cells — cells that, due to biological stress, stop dividing and accumulate in our bodies over time. Though their exact role remains unknown, senescent cells have been linked to nearly every age-related disease, from glaucoma and osteoarthritis to kidney failure and type 2 diabetes. It's no wonder the cells get their name from Latin verb senescere, which literally means "to grow old."

Going into the study, the researchers asked themselves a simple question about senescent cells. "We see them accumulating with age," one of the study's authors, Darren Baker, told Mic. "What happens if we prevent them from being there? Do we see effects on the aging, health and lifespan of animals?"

To conduct their experiment, the researchers genetically altered mice so their senescent cells would essentially commit suicide when the mice were given a drug called AP20187. When the mice reached middle age, the researchers began giving them the drug — and the results, in Baker's words, were "striking."

Overall, the animals seemed to be feeling much better as well.

"If you put them in an environment where they were allowed to explore, you saw they had more motion and less anxiety," Baker told Mic. "They were happily progressing through parts of the cage, [whereas] an old mouse wants to huddle up in the corner, and doesn't feel very active or exploratory."

Could it work in humans? It's certainly possible — and may not be as far off as you think.

Unfortunately, it's not as simple as injecting humans with AP20187, the drug that was administered to the mice. Those mice were genetically altered in order for AP20187 to have an effect; in humans, Baker said, the drug "would do absolutely nothing."

But fear not: A newly launched startup called Unity Biotechnology is developing a drug that would work in humans.

Unity is working on a way to clear senescent cells from the human body, and ultimately cure age-related diseases once thought to be unavoidable aspects of growing old. The company had been working in "stealth mode" for four years, CEO Ned David told Mic — ever since the Mayo Clinic researchers published their original study on senescent cells in 2011.

"We believe that using a small molecule drug, we can destroy senescent cells that are driving this process and halt disease in its track," David said.

The team claims to have developed a molecule that effectively kills senescent cells, but it hasn't yet been tested in human beings. If all goes according to plan, the drug could receive approval from the Food and Drug Administration in six or seven years — by no means around the corner, but not a terribly long way away, either.

"You can imagine us building a drug in the future where it doesn't hurt to be old anymore."

Imagine a person with late-stage glaucoma. "They will go blind — there's no alternative," David said. "We think we can intervene in that process and halt that."

He also thinks they can halt joint pain — one of the primary reasons it's difficult for elderly people to move around.

"These cells appear to drive the process of osteoarthritis, and we find that when we clear them from animals, that disease cannot proceed," David said. "You can imagine us building a drug in the future where it doesn't hurt to be old anymore. I'm personally pretty psyched about that."

David's first mission is to produce a drug that kills senescent cells locally, to treat age-related diseases one by one. Ultimately, his "big dream" is to make a drug that lengthens a person's so-called "health span" — the period of time for which she is disease free.

If David and his team are one day successful, "all these things you think of, these inexorable aspects of getting old," he said, "become things you read about in books."