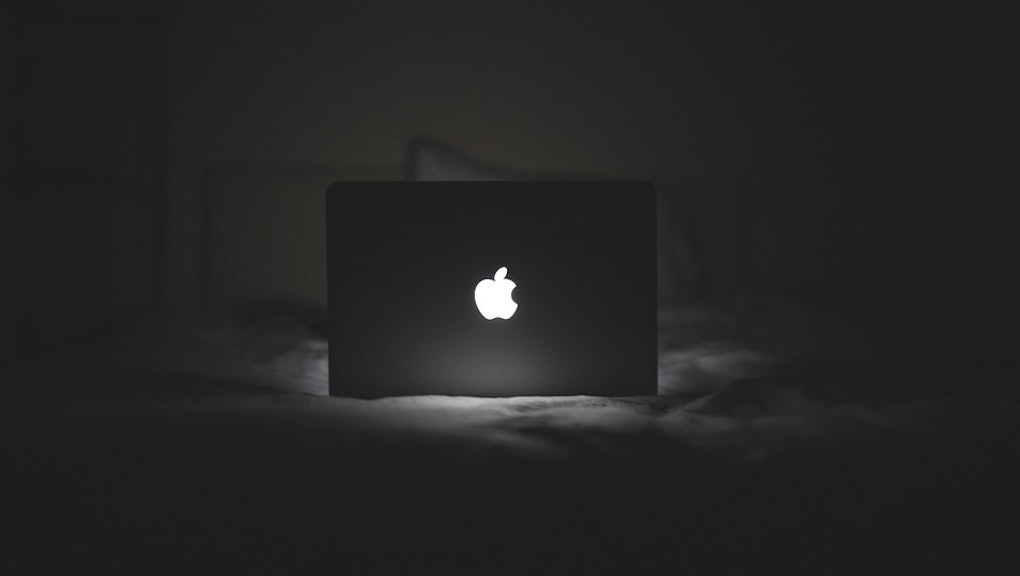 Does Checking Your Phone Before Bed Actually Affect Your Sleep? Science Says Yes.

TL;DR: Science heavily suggests yes, time spent staring at a screen — computer, tablet or television — at bedtime disrupts our natural sleep patterns, causing us to get fewer hours than our bodies need to function well.

Which is an uncomfortable truth for the many people whose smartphones are more or less an extension of the hand; who love nothing better than settling back against the pillows for a long scroll through Instagram before turning out the lights; who like to watch a show or five before bed. In short, this meme exists for a reason:

But the light from our devices does a number on brain chemistry. "People are exposing their eyes to this stream of photons from these objects that basically tell your brain stay awake, it's not time to go to sleep yet," Dan Siegel, clinical professor of psychology at the University of California Los Angeles, told Business Insider. Spending time on your smartphone before bed makes it harder for the brain to dial down and the body to transition to sleep mode.

How does light keep your brain awake? As the New York Times explained, "With light, the body sets its internal clock to a 24-hour cycle," aka circadian cycles by which the body uses exposure to light and dark to establish sleep and wakefulness patterns. Light from the sun in the morning or from a screen at night suppresses the brain's release of melatonin, the sleep hormone the brain secretes after dark.

"Light works as if it's a drug, except it's not a drug at all," neurologist George Brainard told the Times. Brainard's work suggested that blue light — the kind emitted by LEDs —  had a particularly strong effect on melatonin suppression, and idea that a study by Switzerland's University of Basel supported.

Researchers sat 13 men in front of computer screens for five hours before bed every night for two weeks. They found that screens emitting more blue light left participants "more awake and alert," according to the Times. Blue light is thought to be especially effective in keeping melatonin levels down, meaning less sleep.

What does less sleep do to the body? "We now know that what sleep is likely doing is allowing your active neurons to rest," Siegel told Business Insider, "but more than that, the supportive cells called glial cells are cleaning up the toxins that the neurocells produce. And if you don't get seven hours of sleep, you just get five, the toxins remain there for over 95% of people."

Those toxins have a negative impact on one's attention span, memory and problem-solving skills. Brain cells need sleep in order to function, and they're not the only ones: fat cells need sleep, too. When a person isn't clocking enough Z's on a regular basis, they're more likely to gain weight and to develop diabetes. A lack of sleep lowers the body's sensitivity to insulin, a critical hormone in metabolism regulation.

As a 2012 study demonstrated in sleep-deprived people, fat cells required almost three times their normal amount of insulin to process sugar. So a person who never gets enough sleep — in this study, 4.5 hours per night for four nights — elevates their risk of obesity, heart disease and diabetes, because their cells have become accustomed to preternaturally high levels of insulin that they can't regulate blood sugar and cholesterol without it.

"This is the equivalent of metabolically aging someone 10 to 20 years just from four nights of partial sleep restriction," Matthew Brady, the study's lead author and a professor of medicine at the University of Chicago, told CNN.

What can we do about it? Does this mean we need to train ourselves to go to bed when the sun goes down? That's unrealistic. Most people keep the lights on in their homes well into the evening, in order to do things like get their work done, feed themselves, basically exist as humans exist in the age of electricity. Our eyes are going to admit light at night — there's really no way around it.

What we can do to improve our odds at getting a good night's sleep, Siegel says, is cut out some of the unnecessary screen time, especially as we get ready to hit the hay. "Shut off your screens by 9 p.m.," Siegel said, "give yourself an hour at least before you go to bed, and keep those screens off." Maybe read a book instead of scrolling through Instagram or binge-watching Netflix.