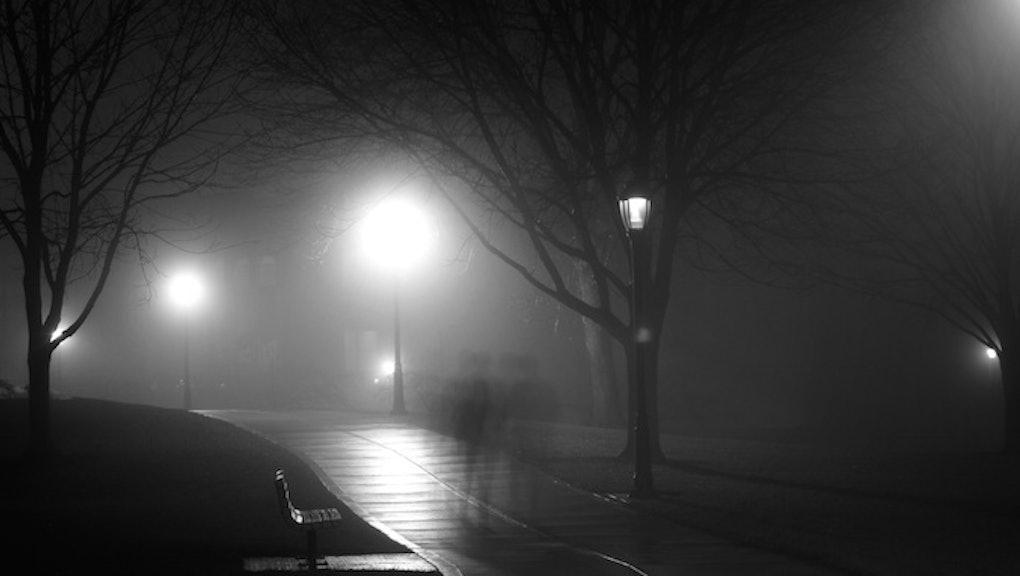 Where Did the Term "Ghosted" Come From? Origin of the Web's Favorite Term for Abandonment

In the digital age, there is a slang word for just about everything, even for the heartbreaking abandonment of a loved one. Whether it's a friend, relative or beloved celebrity, people come and go in life, even with the internet's profound ability to connect even the loneliest corners of the Earth. In fact, there is a term for when someone who was once a staple in your life slowly begins fading away, and that's "ghosting."

Frank Ocean has been ghosting fans for years on end, after promising new music would arrive in 2015 but instead crawling into a hole and vanishing from thin air. Your cool uncle who ditches all of the family holidays because he's busy traveling the world is ghosting your relatives, but likely for a much sweeter reason than Ocean's. When you see that acquaintance from high school on the street and the two of you say, "Yes! We definitely need to hang out," the two of you are literally ghosting each other in real time.

It's arguably one of the most popular phrases that's rolled over from 2015, as it can be used for a variety of situations and experiences. But where does it come from?

When Charlize Theron shared with the world how she slowly stopped dating Sean Penn by ignoring calls and text messages in 2015, the mainstream media became aware of the term and its several uses. The New York Times wrote a comprehensive explainer on ghosting, in fact, shortly after the former celebrity power couple officially parted ways.

The Times reported the term originates from the noun "ghost," and is instead used as a verb in its modern slang form. A YouGov/Huffington Post survey showed that 11% of Americans polled ghosted someone at some point. Similarly, over 15% of men studied admit to being the ghost at some point, while over 25% of women said they've ghosted someone before.

"I couldn't bring myself to respond," one woman explained to the Times as to why she had ghosted a potential love interest. "I was not emotionally available. I could have explained this to him, but did not want to for fear of coming off, and potentially being written off, as overly complicated."

Today, the term ghosting can be taken a step further, to describe someone's desire to recklessly abandon all responsibility from a person, project or simply in general. "You ever get so overwhelmed with school/life and look up flights to other countries and contemplate ghosting?" Corrine wrote on Twitter Tuesday, likely only half-joking.

Check out some other ways to properly use the term ghosting: