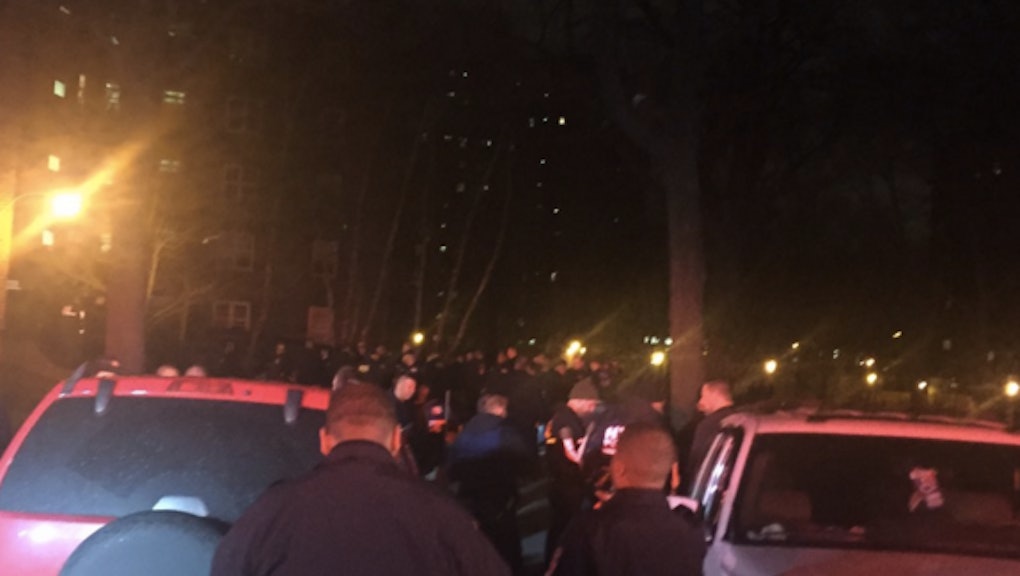 Two New York City police officers were shot Thursday evening at about 8 p.m. Eastern in the Bronx, according to multiple reports. The shooting took place at the Melrose Houses, a public housing project located at 320 East 156 Street, PIX11 News reported.

One of the officers was shot in the head, and the other in the abdomen, according to PIX11.

"We'll know more as soon as the mayor is briefed by the NYPD," said Karen Hinton, a spokeswoman speaking on behalf of the mayor, according to the Daily News. "Obviously we're very troubled and concerned."

A tweet from the New York Police Department Thursday evening confirmed what had been reported.

"Two on-duty police officers have been shot in the Bronx tonight," reads the tweet from NYPD News' account. "Current conditions are not life-threatening at this time. Updates to follow."

According to the New York Times, Mayor Bill de Blasio, was not far away from the scene of the crime at the time of the shooting. In fact, according to the Times, the mayor was "delivering his State of the City address at Lehman College, about five miles north in the Bronx, when the shooting occurred. He learned of it only after stepping from the stage, and went to the hospital."

Yet Thursday night, the NYPD was making an effort to keep the public abreast of any and all developments. "One suspect was found dead with an apparent self-inflicted gunshot wound, several suspects in custody and two guns recovered," reads a tweet from the department.