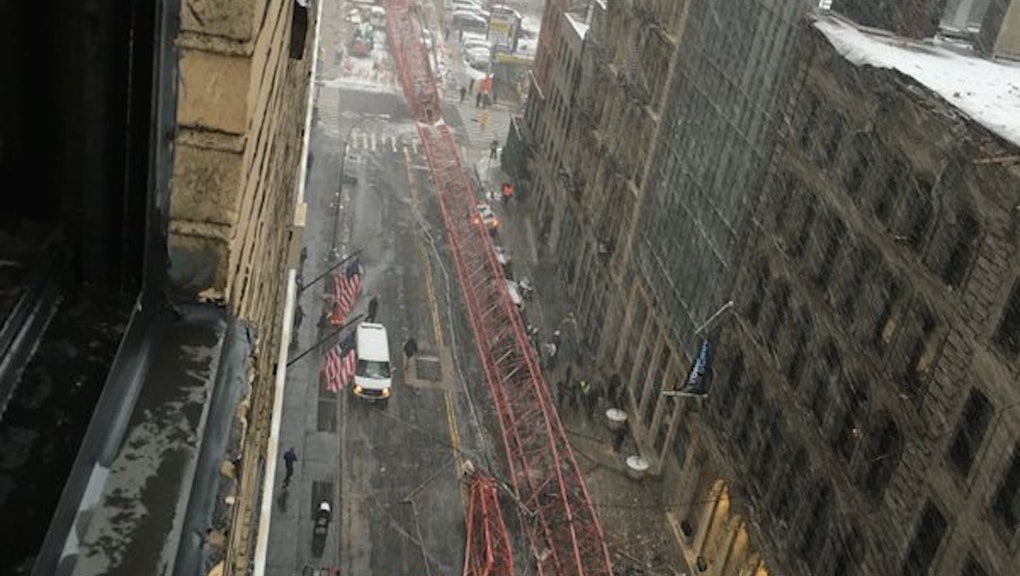 At Least 1 Dead, 3 Injured After a Giant Crane Collapsed in New York City

At least one person is dead and three injured, two of them seriously, when an enormous crane in New York City's TriBeCa neighborhood collapsed early Friday morning, likely brought down by poor weather conditions, including snow and high winds.

Though the New York Times is currently reporting one death, a responding officer at the crash site told Gothamist there were a number of fatalities and that "it's about the worst situation it could be."

Furthermore, Instagram user "rhdjonwrd," who appears to be a construction worker and at the scene, and who has posted numerous videos and images of the collapsed crane, said in a video posted around 8:45 a.m. EST there has been one confirmed death.

The area immediately surrounding the crane, which came down on Worth Street, reportedly has live electrical wires and has been closed off to the public while first responders attend to the situation.

This article will be updated as more information becomes available.