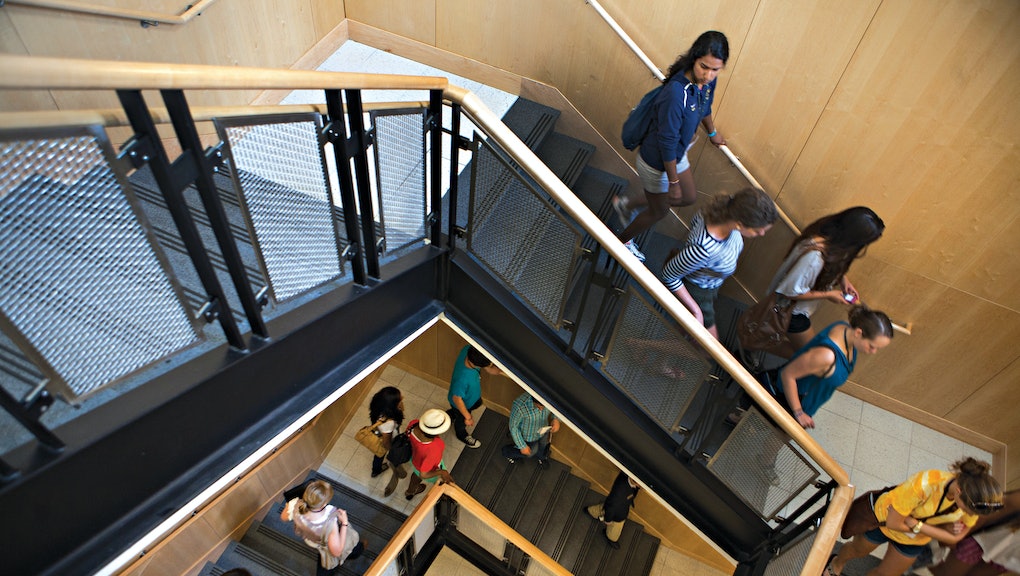 Here's What Happened When This School Made SATs Optional on Applications

In the summer of 2015, George Washington University became the largest top-ranking private university in the country to make including results of standardized tests like the SATs and ACTs optional when applying for undergraduate admission. Now the school has announced that the policy shift has produced a remarkable surge in applications.

The Washington, D.C.-based university announced on Thursday that the number of applications has increased 28% in 2016 over 2015's total. About 20% of those applications were from prospective students who applied using the test-optional path.

"We adopted our test-optional policy to strengthen and diversify an already outstanding applicant pool by reaching out to exceptional students who have been underrepresented at selective colleges and universities," university president Steven Knapp said in a statement. "These initial results suggest that our efforts are on the right track."

There's also evidence that doing away with test requirements has shifted the demographic composition of the applicant pool. The university reports a "significant increase" in applications from African-American, Latino and international students. The number of applications from first-generation college students climbed by over 1,000.

"While about 20% of our overall applicant pool chose not to submit standardized testing, 30% to 35% of first-generation college students chose not to submit. The percentage was similar for underrepresented multicultural students, with 30% to 35% choosing not to submit test scores," Laurie Koehler, vice provost for enrollment management and retention at GWU, told Mic, noting that the two groups are not mutually exclusive.

University officials said there were other factors that contributed to the uptick in applications, including more data-driven recruitment techniques and new targeted outreach to high school counselors.

Why it matters: Across the nation, colleges are experimenting with ways to expand and diversify the kinds of students who apply. The reasoning is that standardized test scores discourage students from disadvantaged backgrounds from applying. There are several reasons for this: These students are less likely to have taken the test or, if they have, their performance tends to be worse relative to their well-off peers, who have access to expensive coaching and preparatory classes. While many colleges say that they don't have a cut-off point for test scores, there are widely-known preferred ranges for scores that make students who are otherwise high-performing less likely to put in an application.

"Does standardized testing produce valuable predictive results, or does it artificially truncate the pools of applicants who would succeed if they could be encouraged to apply? At least based on this study, it is far more the latter," the authors of the study said.

Making testing optional has worked well for some universities trying to attract more students of color. After Wake Forest University dropped SAT requirements in 2009, they saw a dramatic increase in the number of applications from students of color. Six years after the change, the number of underrepresented minorities in the freshman class has increased by 4 percentage points.

Are there ulterior motives? GWU's experiment with going test-optional may enhance their ability to admit more students from disadvantaged backgrounds, and could in the long run translate to a different kind of student body. But they also stand to benefit from something else with the new spike in applications: appearing more selective.

A rise in incoming applications doesn't usually correspond with an increase in the number of available slots. The end result of having more applications is increasing selectivity statistics, which are critical for climbing in the cutthroat college rankings system.

One University of Georgia study from 2014 found that going test-optional didn't usually increase campus diversity for colleges, but that it did boost how competitive it looked. "Results show that, on average, test-optional policies enhance the perceived selectivity, rather than the diversity, of participating institutions," according to the study.

So dropping test requirements won't necessarily result in higher levels of enrollment of disadvantaged students, although it could aid that process if that's a real objective that a college commits to.

The elephant in the room: There's a much bigger obstacle than test scores at GWU for underprivileged students: a sticker price of nearly $70,000. While low-income students receive Pell Grants — federal financial aid packages that don't have to be paid back — and other forms of aid to help pay for college, often times they aren't enough to cover every cost. And places like GWU are deliberately designed to make it crystal clear that the costs of attendance are high. Former GWU President Stephen Trachtenberg, who has been credited with helping trigger the tuition arms race at private universities across the nation, likened marketing the university to selling vodka — it's all in the packaging. Flashy facilities, posh accommodations and high tuition are signaling mechanisms that the college relies on to attract wealthier, more competitive students.

In other words, if a working class student makes it onto GWU's campus and feels out of place when squeezing between sports cars parked in front of luxury dorms, it shouldn't be hard to see why they may think it's best to look elsewhere.