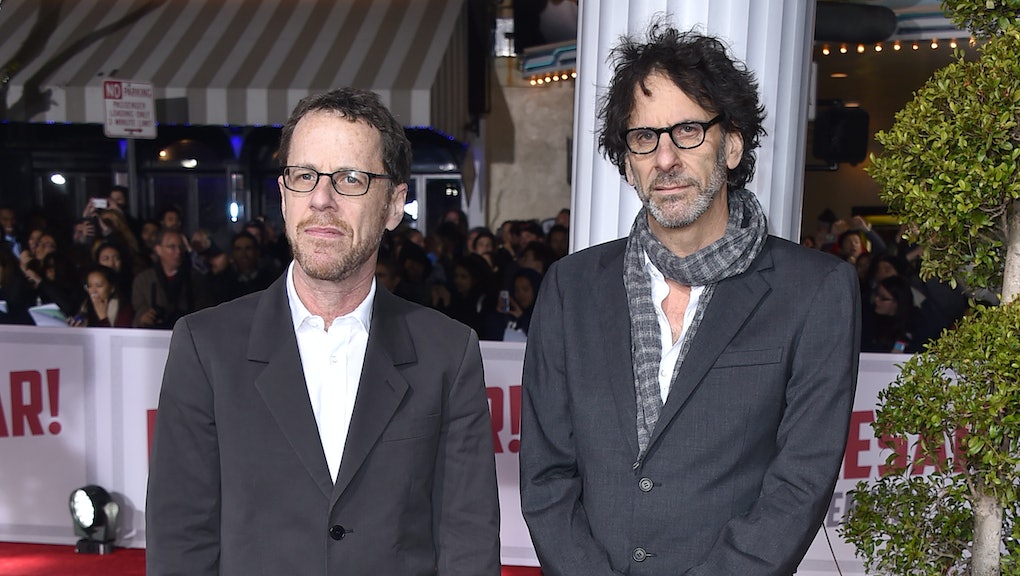 The Coen Brothers "Don't Understand" Questions About Diversity in Film

Unfortunately, in an interview with the Daily Beast, the directors sailed right past any good reasons and docked into Problematic Port.

In the interview, Joel Coen says that while he understands why audiences want more diversity in films, he doesn't get why his film in particular would be chosen as a target of criticism. "Why would they single out a particular movie and say, 'Why aren't there black or Chinese or Martians in this movie?" he asked. "The person who asks that question has to come in the room and explain it to me."

Later, in response to a question about whether or not filmmakers should think proactively about telling more inclusive stories, both directors balked, with Ethan emphasizing that not every story will involve a diverse cast.

On its face, the response seems jarringly tone deaf. Put aside for a moment that some filmmakers do write with inclusion in mind — although likely without comparing their minority characters to dogs, to borrow Joel's clumsy phrasing. There is much middle ground between writing with representation 'quotas' and only making characters nonwhite if necessary. Shonda Rhimes, the creator of Grey's Anatomy and Scandal, has spoken in the past of color-blind casting; as a result, her shows are filled with characters from different backgrounds.

But there is a core value to what the Coens are saying: Casting characters of color just because can be equally problematic. Director Ava DuVernay has gone so far as to reject the word "diversity" as "a medicinal word that has no emotional resonance," emphasizing the idea of valuing minority characters' narratives over characters of color as ornament.

Singling out the Coens is also counter-productive. The exclusivity of Hollywood is a crisis, dire enough that it required no less than the ACLU to investigate hiring practices. It's not the Coens' cross to bear alone; their answer is indicative of systemic problems, not a sign of their villainy.

All that said, the Coens are popular, beloved, Oscar-winning directors. Their opinions are valued and reported upon because they are major members of the industry. To whiff on this answer so badly is tremendously disappointing, especially coming from such ambitious filmmakers. Inclusive storytelling is clearly a challenge for Hollywood — why not take on that challenge and provide an example for the industry?

The Coens' answer comes from a place of privilege. As white directors, they have plenty of opportunities to tell stories about white people. Representation is not something they're actively fighting for in Hollywood; the stories they tell are the norm. Nonwhite directors don't have the same opportunity. Even when they do, they struggle to be recognized.

Being famous in 2016 requires an awareness beyond yourself and a sense of social justice — that's indisputable. Those who stand with the status quo and benefit from it can, and history will look kindly on them as great creators. Those who push back against systemic industry problems, however, will take part in slowly morphing a system that's incredibly white, male, straight and cisgender. They have the chance to effect change.

The Coens don't have to do that. But they can.