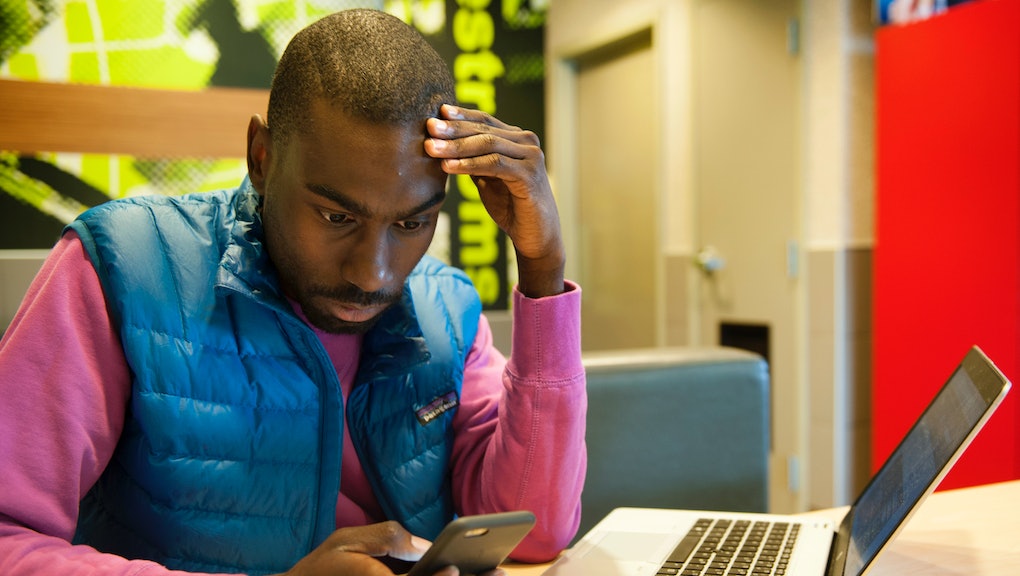 DeRay Mckesson, prominent Black Lives Matter activist, announced Wednesday night that he is launching a bid to become the next mayor of Baltimore — a late addition to a sprawling list of mayoral candidates. "I have come to realize that the traditional pathway to politics, and the traditional politicians who follow these well-worn paths, will not lead us to the transformational change our city needs," the former teacher and school administrator wrote on Medium.

"I am running to be the 50th Mayor of Baltimore in order to usher our city into an era where the government is accountable to its people and is aggressively innovative in how it identifies and solves its problems." Mckesson continued. Born and raised in Baltimore, the Black Lives Matter protestor joins an array of black activists who made the leap into the world of politics.

Mckesson has received an outpouring of support from well-wishers outside the city limits of Baltimore. Mckesson, 30, has raised nearly $50,000 on the crowdfunding website CrowdPac since his announcement Wednesday. According to Luke Broadwater, a reporter for the Baltimore Sun, the Teach for America alumnus raised more funds overnight than 24 of the 29 mayoral candidates thus far in their campaigns.

He has also received praise from residents of Baltimore. "I'm very excited," Tawanda Jones, a Baltimore-based protester told the Baltimore Sun. "He's really been in the movement, and he's used his voice to talk about the real issues. I'm going to support him 100%. I feel like he would make an awesome mayor." Other residents voiced their support over social media:

Other Baltimoreans are open to the idea. "Why can't he run if he continues to work hard, shouldn't hate on him for networking and being active, and at this point anything will be better than what we have," Chris Collins, a systems engineer at Lockheed Martin, told Mic Friday. "I'm still indifferent. I want to see his platform and what he actually intends to do, but I definitely welcome the youth, freshness and passion he has. If it's someone trying to help my city, then I'm all for listening."

Collins, a lifelong resident of Baltimore, is planning to vote in both elections.

Mckesson has also faced criticism since his announcement, as any candidate should expect and embrace.

Baltimore activist and musician Kwame Rose voiced his concerns on social media after the news spread. "I do not believe that DeRay has been invested enough in Baltimore to be the next mayor of Baltimore," Rose, known for confronting Fox News' Geraldo Rivera about biased media coverage, tweeted. "DeRay's role is important to the movement as a whole. However, here in Baltimore, he's been distant until recently during political season."

"You can be a politician and an activist, but I don't know if he's truly doing it for the right reasons. Participating in Twitter beefs doesn't seem very mayor-like," Niccara Campbell, who has lived in Baltimore since the age of 5, told Mic. "Also, he's a part of TFA, which is a terrible, terrible program. If you believe in that, can you truly be someone that believes in the community?"

"I am completely down for the Black Lives Matter movement, but you must be able to switch from that and become a unifier," Campbell, who is currently working on a congressional campaign in New York for Duwayne Gregory and is planning on filling out an absentee ballot for the election, continued. "Can you be that person that unifies not only our community, but reforms our police department?"

Others voiced their concerns over social media as well.

The Baltimore mayoral primary will be held on April 26. The general election will take place on Nov. 8.