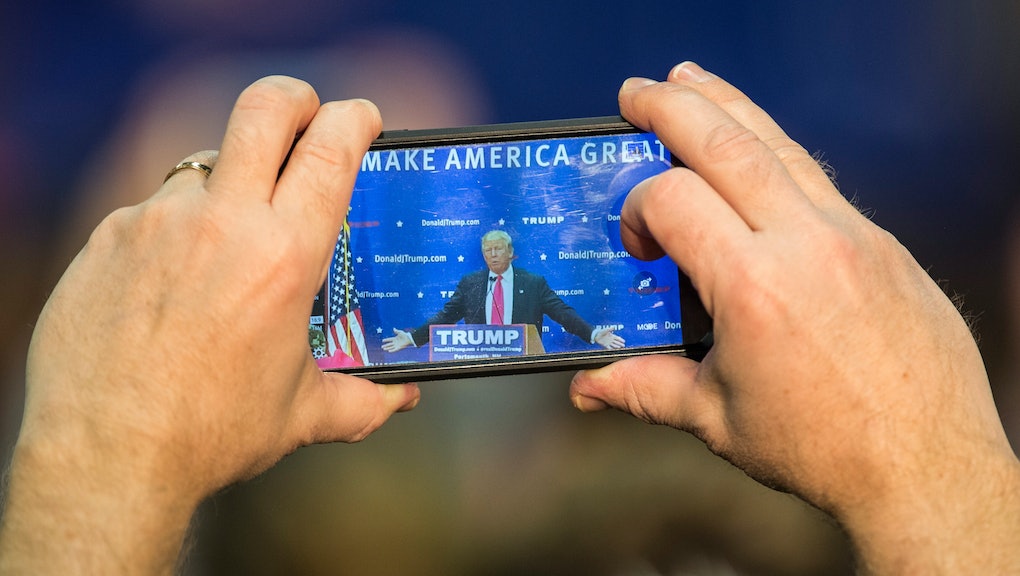 New Hampshire Dad to Donald Trump: How Can You Be a "Role Model" for Girls?

Donald Trump often says he "cherishes" women. On Thursday, one New Hampshire father of three girls didn't sound so sure about that.

The concerned dad took on the Republican presidential frontrunner at a CNN town hall-style forum, asking, "Throughout the course of this campaign you've said some disparaging comments about women, about people from other countries, and about anyone who has disagreed with you. Explain to me how I can look at my daughters and have them look up to a President Trump as a role model."

Trump looked decidedly displeased, asking the questioner, Joseph Manzoli, if he was a plant: "This is a CNN set-up, by the way, but that's okay," he scoffed as a surprised-looking host Anderson Cooper denied any baiting.

The real-estate magnate defended his record after the allusion to some of his "greatest" hits, including having called women "fat pigs" and "animals" — and trying to savage Fox News' Megyn Kelly for asking about it — as well as suggesting rival Carly Fiorina is too ugly to be president.

"Nobody has more respect for women than I do," Trump insisted at the Manchester, New Hampshire, event on Thursday.

"Thirty years ago, I had a woman building a major, major construction job in New York City, and that never happens," he said.

"I have so many women executives... I have been great to women, and women have been great to me," said the thrice-married candidate, who reportedly called a breastfeeding lawyer "disgusting" for taking a break from a 2011 deposition to pump milk. "They've done a great job."

He says he's just saying: Trump justified some of his more controversial comments about immigration by framing himself as a fearless purveyor of hard truths.

"I do bring up things that are... things that people don't want to bring up," said the GOP frontrunner, who has, among other things, suggested banning all Muslims from entering the United States as a counterterrorism measure.

"When I brought up the Muslim problem... the world started going wild — and now the world is agreeing with me," he said — going after President Barack Obama, who indirectly called him out for his rancorous campaign during January's State of the Union Address, as naive about the threat of jihadism.

Trump, who placed second to Ted Cruz in Monday's Iowa GOP caucus and has a commanding national lead in the polls just days away from the New Hampshire primary, said he personally has "many Muslim friends."