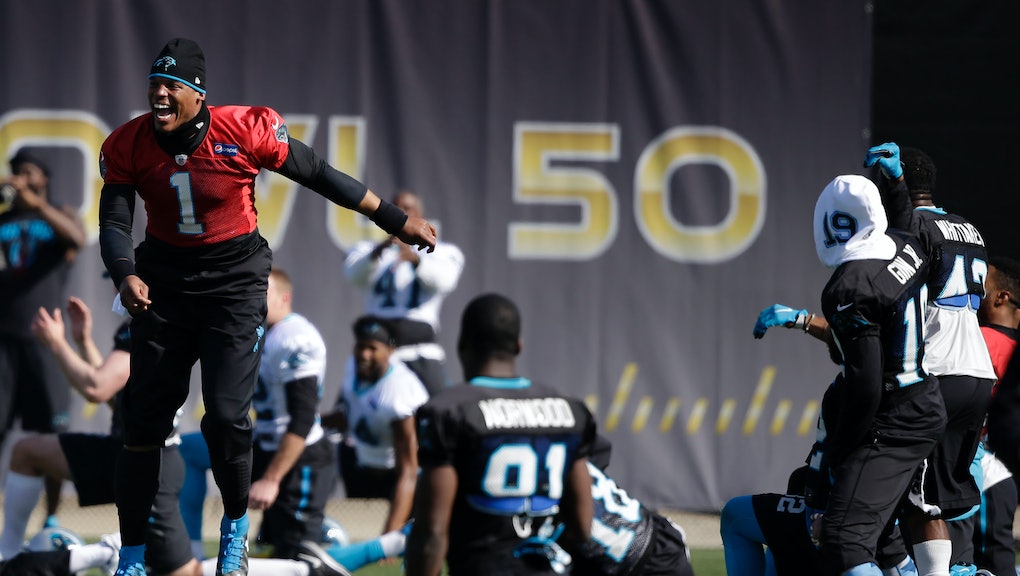 What Time Does the Super Bowl Start?

The sporting world will turn their collective heads to the NFL's championship game on Sunday, when a new champion will be crowned at Super Bowl 50. This year, the 15-1 Carolina Panthers — lead by NFL MVP-candidate Cam Newton — will take on the Denver Broncos and its 39-year-old future Hall of Fame quarterback, Peyton Manning. Of course, aside from the meticulous tasks of finding the right bar, preparing dip at home or ordering wings on-the-go, you have to know when the game actually starts.

The Super Bowl, as always, will be played on Sunday. The kickoff will be at 6:30 p.m. Eastern, though there are a plethora of pre-Bowl festivities to keep an eye on as well — and the full schedule is available on CBS Sports. Some of the highlights include CBS' NFL Today crew previewing the event, with hosts James Brown, Tony Gonzalez, Bill Cowher, Bart Scott and Boomer Esiason set to go through pre-game analysis.

Additionally, the Late Show With Stephen Colbert will host a special, live edition immediately after the game. For those who are looking to stream the game online, it is available on CBSSports.com, though a cable subscription will be required.

For viewers devoted to the halftime show, Coldplay and Beyoncé will be performing, likely along with some yet-to-be-named surprise artists. You can certainly expect the performance including "Hymn For The Weekend," a Coldplay track that features the queen's vocals.

Whatever the plan is, just remember: Super Bowl 50 kickoff begins at 6:30 p.m. Eastern at Levi's Stadium in Santa Clara, California.