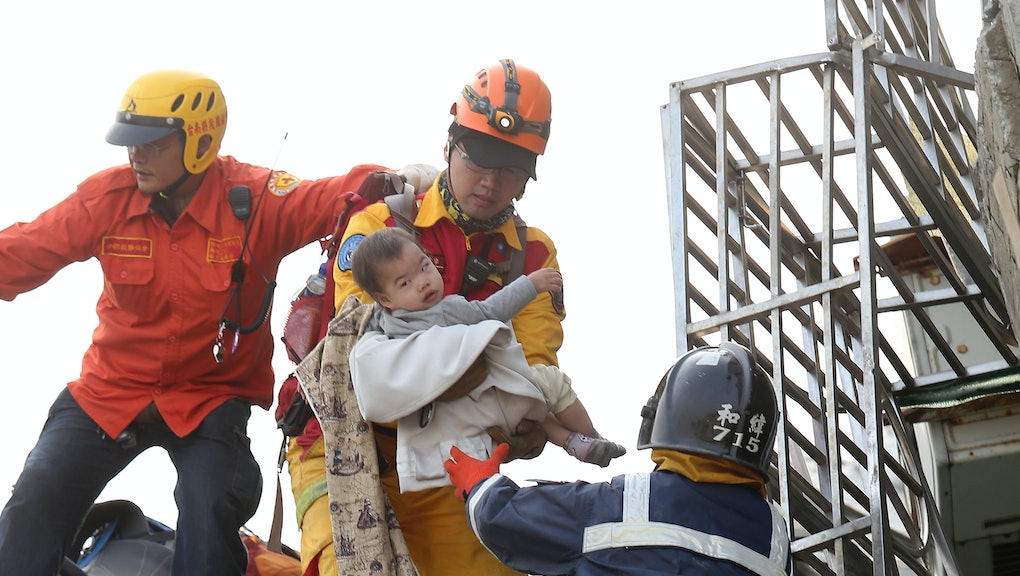 At least 11 people are dead and a further 475 injured in Taiwan on Saturday morning following a 6.4 magnitude earthquake, reports CNN.

The city of Tainan was the worst hit, with one 17-story apartment building collapsing and killing or injuring a large number of people inside. CNN reported authorities are still attempting to extract eight people from the building.

"Rescue workers broke through (the building) layer by layer. And they asked us to climb out but I said my children are too small to climb. So they dug a bigger hole. Then, one rescue worker tried his best to climb in and take the children out. Then I slowly climbed out myself," a 35-year-old survivor told BBC.

According to the New York Times, damage was not widespread and emergency personnel were able to focus efforts on buildings that collapsed. Workers continued to comb the wreckage for survivors and bodies.

According to an Associated Press caption, rescuers pulled this boy from the rubble just shortly before.

A woman is extracted from the rubble.

Other survivors are carted away or comforted by emergency personnel.