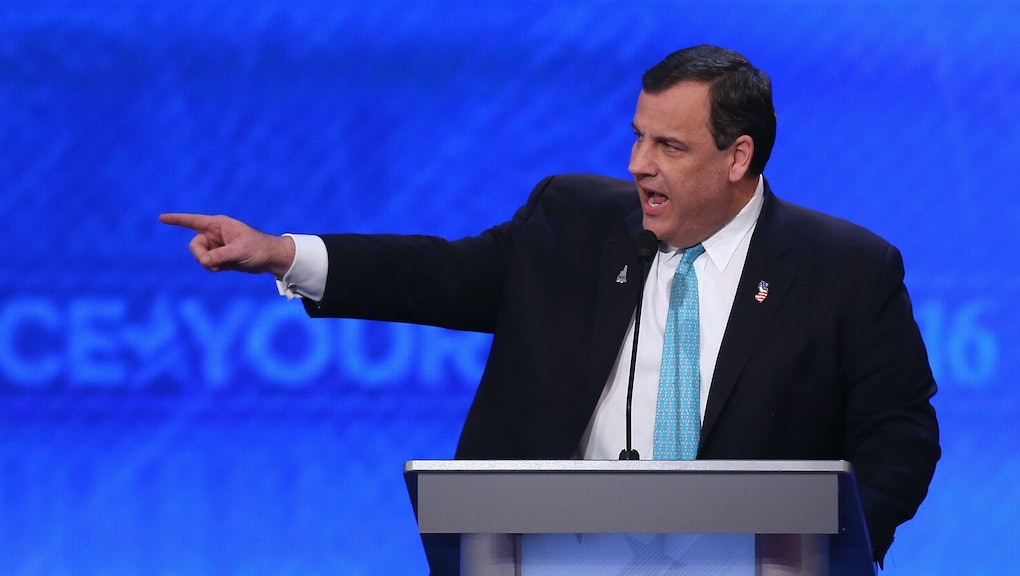 Republicans Marco Rubio and Chris Christie got heated enough to melt a foot of New Hampshire snow at Saturday night's presidential debate, tearing into each other in a perfect illustration of how badly both men want to win the state.

The two brawled after a question about the contenders' readiness to hold the Oval Office.

"Under Chris Christie's governorship of New Jersey, they have been downgraded nine times in their credit rating. This country already has a debt problem. We don't need to add to it," scoffed Rubio, who's played up his foreign policy chops throughout the GOP contest.

"I like Marco Rubio and he's a smart person and a good guy, but he simply does not have the experience to be president of the United States."

Christie lunged, seeing a chance to lump Rubio in with the much-maligned "establishment" in a play for fed-up voters.

"You see, everybody, I want the people at home to think about this. This is what Washington, D.C., does," Christie said with a sweep of his arm. "The drive-by shot at the beginning with incorrect and incomplete information and then the memorized 25-second speech that is exactly what his advisers gave him."

Rubio was having none of it.

"Chris — Chris, your state got hit by a massive snowstorm two weeks ago. You didn't even want to go back. They had to shake you into going back," Rubio said, hearkening back to Christie's hopscotching between his day job and campaigning in the Granite State.

Christie, who has staked his entire primary plan on a strong showing in New Hampshire, plowed on.

"I like Marco Rubio and he's a smart person and a good guy, but he simply does not have the experience to be president of the United States," the New Jersey governor said, playing up his executive track record.

He also took exception to Rubio's broadside on the storm issue.

"The shame is that you would actually criticize somebody for showing up to work, plowing the streets, getting the trains running back on time when you [have] never been responsible for that in your entire life," Christie told his rival.