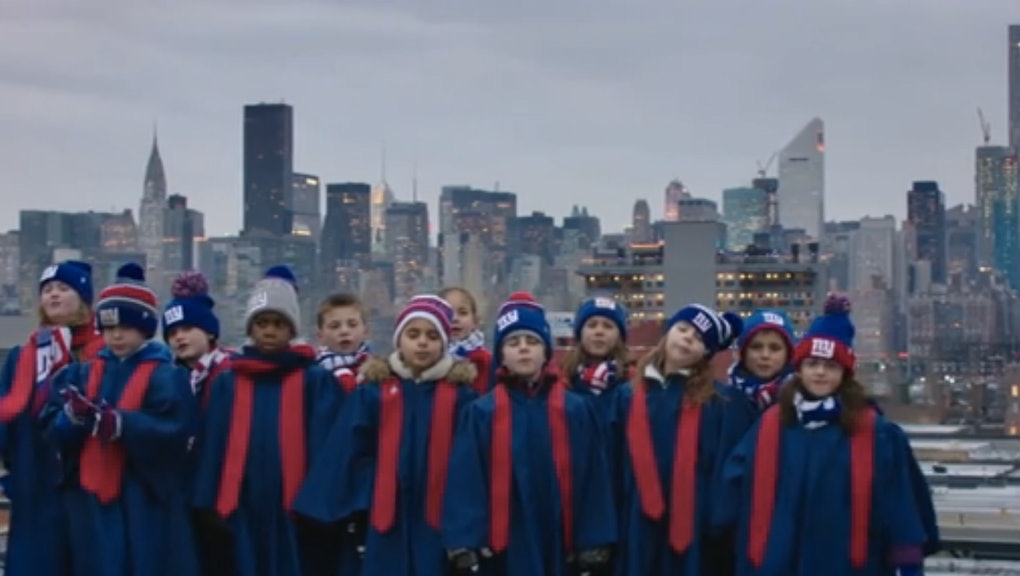 The Internet Is Really Skeptical About That "Super Bowl Babies" Ad

Listen, we're sure you're a really hot and cool person and all, but if you're at a Super Bowl party, no one on God's green earth wants to have sex with you. You're bloated. You're farty. Your breath probably smells like an intoxicating combination of nacho cheese, hot sauce and Miller High Life. No one wants to fuck you after a Super Bowl party.

And yet, this is the opposite of what the NFL tried to tell us on Sunday with its "Super Bowl babies" ad. The commercial, sponsored by the NFL, postulates that there's nothing that makes Americans more horned-up and ready to boink than a four-hour football game with a production budget that would put the GDP of a small country to shame.

The adorable ad opens with a caption that says data suggests nine months after a football team wins the Super Bowl, the winning team's city sees a spike in births.

The video is super cute, and Lord knows the soundtrack (Seal's seminal hit "Kiss From a Rose") is a banger. And yet, one wonders whether the NFL's claim that football wins make people want to boink actually holds water. On Twitter, people were skeptical:

While the NFL has refused to share where its data actually comes from, in 2013 the British Journal of Medicine released a study indicating a slight spike in birth rates in the Catalan region of Spain after FC Barcelona scored a slew of major victories, indicating that there might be a grain of truth to this claim.

A master's candidate in data analytics from the North Carolina State University, however, has disputed the argument, taking a look at the monthly birth data by country from 1990 to 2014, courtesy of the National Vital Statistics System. Examining 21 Super Bowl winning cities from 1994-2014, Ashutosh Garg found that while there were eight cities that saw more births in the Super Bowl winning year (aka several months after the February game) than the previous year, the change in birth rate was not exactly consistent.

"Since the NFL did not provide the source of their data, they could have found evidence to support their claim," Garg wrote. "However, even if they did find correlations, it is important to remember a fundamental rule of statistics: Correlation does not imply causation."

So if you're bloated from chips and salsa and you're feeling pressure to get lucky after the Super Bowl, don't worry: Everyone else is probably as profoundly uninterested in sex as you. Focus your energies instead on tweeting about that dumb #puppymonkeybaby ad.