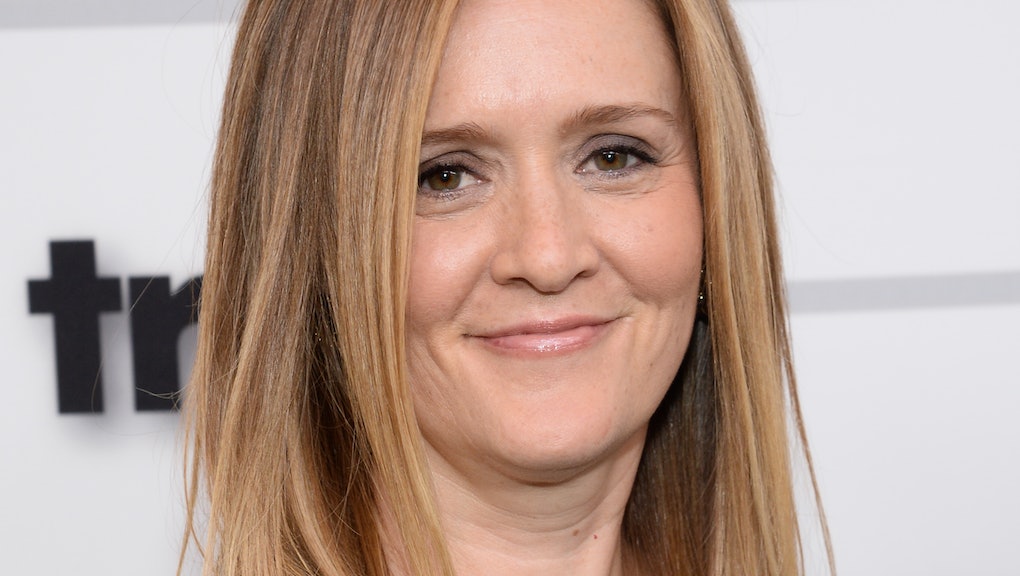 Between #OscarsSoWhite and the persistent calls of industry insiders, it's a well-established fact that Hollywood has a diversity problem. But Samantha Bee, whose new late night satirical news show Full Frontal With Samantha Bee premieres at 10:30 p.m. Monday on TBS, has the deceptively simple solution to this problem: hire diverse staffs.

In a conversation with Ana Gasteyer on Thursday night at the 92nd Street Y in New York City, Bee explained how Full Frontal assembled a staff that is 50% female and 30% nonwhite, Vulture reported. While seminars and work groups exist to train people in the industry how to create diversity, Bee noted, she realizes "the fucking thing you have to do is just hire people," according to Vulture. "It's not really the most complicated transaction," she said. "Find some diverse people and actually give them jobs."

Hiring these individuals wasn't just a matter of picking the most diverse applicants from a standard pool, either. As Bee revealed in a January New York magazine profile, she hired playwright Winter Miller to develop a plan to seek out "pockets of people who don't formally have access to this world, who want to be in this world, who have no idea how to get there and who demonstrate some skill in some capacity and a passion for it."

While the process was hardly scientific, Bee's hope was she'd "find a diamond in the rough," she told New York magazine, and contribute to "actually seeing the ratios change. That's the goal."

Bee's approach is particularly impressive given the industry's abysmal norms. Women writers composed 29% of television staff employment during the 2013 to 2014 season and minorities just 13.7% during the same season — a decline compared to previous years, according to the Writers Guild of America's most recent diversity report.

The problem extends well beyond the writers' room too: Women currently only represent 27% of creators, writers, producers, executive producers, photography directors and editors of prime-time TV shows, according to a 2015 Women's Media Center report. But Bee also has that covered: Full Frontal boasts a female showrunner, Jo Miller, New York magazine noted. And, of course, there's Bee herself, whose position makes her the first female host of a late night satirical news show — a feat Bee acknowledges may cause some controversy. But she is prepared to handle it.

"There are plenty of people who won't tune in because a woman's voice bothers their eardrums," Bee told New York magazine. "Their ear canals can't handle the sound of my shrill voice talking at them about a subject. I guess I just don't really care about those people."