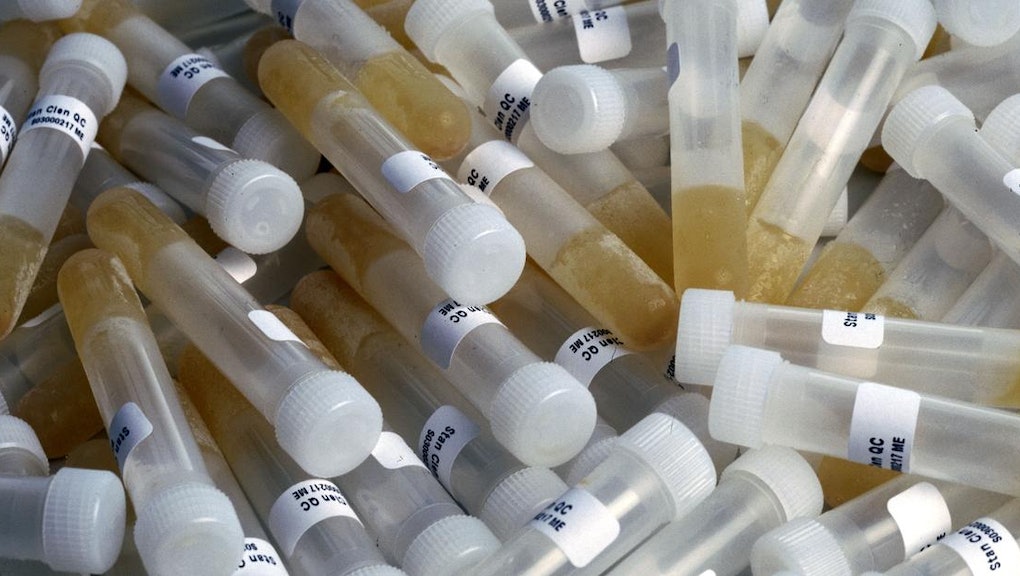 Since the summer of 2014, Tennessee has been subjecting applicants for publicly funded cash assistance to a controversial questionnaire that screens them for illegal drug use. One year after initiating the program, the state's records revealed that the screening process was detecting an astonishingly low number of people using drugs, raising questions about its effectiveness and the principles that the whole process rested on. Now a new report finds that the percentage of applicants testing positive for drug use is even lower than it was before — and is driving away potential beneficiaries.

According to the Tennessean, since the screening process was first established in 2014, a mere 65 out of 39,121 applicants for cash assistance through the Families First in Tennessee program have tested positive for illegal drugs. That means that just 0.17% of applicants have been found to be using illicit drugs.

That number is even lower than what the data revealed after the first year of the screening program. At that point, 0.19% of applicants failed a drug test.

The power of these two numbers lies not in their difference, but their similarity — it's clear that the screening process is consistently finding barely any evidence of drug use among welfare applicants. In fact, the number is strangely low; the general population's illegal drug use rate stands at around 9%.

The explanation: One reason Tennessee's numbers are so low could be that the drug-screening process is scaring off potential applicants.

The Tennessean reported that 116 people refused to take the screening questionnaire, which automatically barred them from receiving benefits. There are likely more people who, having learned about the screening process and fearing some kind of entanglement with the criminal justice system, have refrained from applying for benefits altogether.

Another potential explanation is a poor screening process — some people could just be lying in response to questions that flag them for a drug test. But even states that have tested people across the board haven't surfaced any evidence of pervasive drug use among applicants. When Florida mandated drug testing for every single one of its welfare applicants, the rate that tested positive was 2.6% — far lower than the estimated rate of drug use among the general population in the state.

Aside from the question of the efficacy of drug testing cash-assistance applicants, there are a number of questions about the social values that underpin the process. Should people who test positive for drug use be assumed to be addicts or so dysfunctional that that they can't manage cash assistance meant to help them cover the cost of food and shelter? Should aid that is meant to help people survive be conditional on whether or not they've used an illegal drug in the recent past?

Tennessee doesn't irrevocably bar people who fail drug tests from benefits — those applicants are given a chance to receive benefits if they complete a mandatory rehabilitation program — but in the process, some people are bound to fall off the wagon.

On one hand it's reasonable for policymakers to seek out ways to ascertain what kind of cash-assistance users might be prone to using their money on destructive activities. On the other hand, scaring off or severing ties with the most vulnerable members of society doesn't seem to be the wisest or most ethical course of action, and it presents a kind of double standard for the poor, considering that other government benefits that aren't for the poor don't require drug tests to ensure they aren't misused.

So far, the drug tests have cost Tennessee close to $24,000. That's not a major expense for a state in the grand scheme of things, but perhaps a needless one if a program has proved to be largely unnecessary and pushing away people who are badly in need of help.