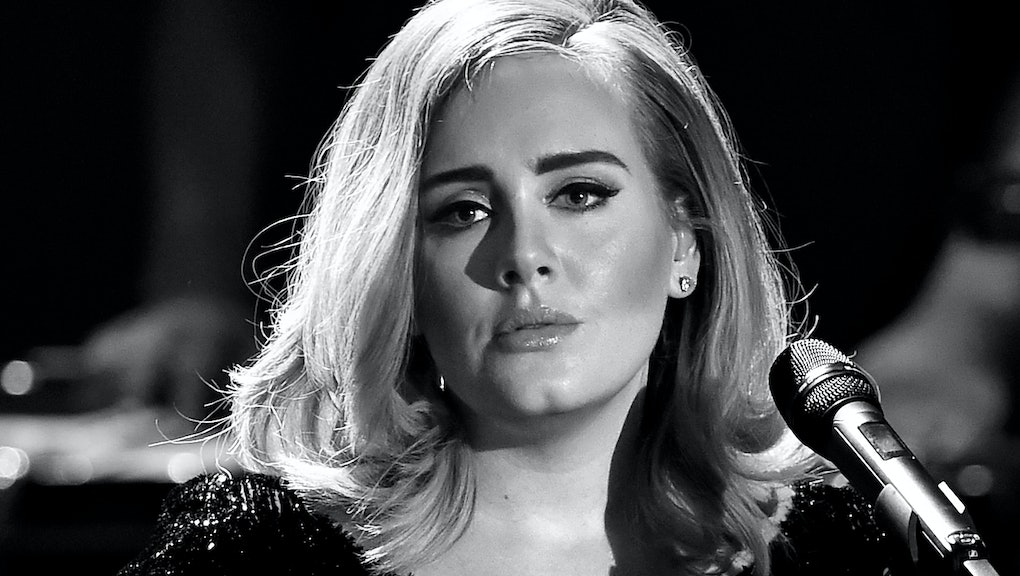 Is Lip-Syncing Allowed at the Grammys? Here's What's Happened Since '90s Controversy

Lip-syncing is a divisive topic within the music industry — some strongly condemn it while others argue that, for what it's worth, lip-syncing has been a common practice and even big-time hitmakers like Michael Jackson were sometimes accused of it. With the Grammy Awards show fast approaching, and with a slew of live performances on deck, viewers may be curious to know if the showings on stage are authentic deliveries.

Speaking to the publication TV Technology in 2012, the award show's veteran audio coordinator, Michael Abbott, insisted that lip-syncing at the Grammy's has been decidedly outlawed. That's thanks in part to one of the biggest lip-syncing controversies on record — Milli Vanilli's epic sound failure on an MTV performance in 1989. The episode was catastrophic for the performers' reputations.

"While we don't allow lip-synch on the show, some performances are so demanding in terms of sound design that there has to be some of what we call track augmentation, which might involve Pro Tools or some other kind of playback," Abbott told TV Technology. "We do allow the artist to have their vision of what they should be looking and sounding like produced accurately, just as they do in concert. That can be a real challenge on live TV, especially in the context of Grammy events, where you might have live orchestra, huge choirs and lots of choreography."

"[What] I want to point out is that, unlike almost every other televised awards show in the U.S., the Grammys are committed to having every microphone on stage be live," Abbott added in the interview. "That dates back to the Milli Vanilli controversy."

Regardless of the opinion on the morality of lip-syncing, the practice has prompted a number of public debates and no small number of cringe-worthy moments. For many, one of the most painful moments in recent Saturday Night Live musical guest history came in 2004, when American singer Ashlee Simpson fumbled her performance. After a recorded track of "Pieces of Me" began playing before she actually started to sing it, a confused Simpson did an even more confusing "hoedown" before promptly exiting the stage.

"I'm so sorry," Simpson said during the SNL episode's closing scene. "My band started playing the wrong song, and I didn't know what to do, so I thought I'd do a hoedown."

It seems no star is impervious to the lip-syncing controversy. Even Queen Beyoncé was accused of lip-syncing "The Star Spangled Banner" during President Barack Obama's second inauguration ceremony. According to Forbes, producers at Super Bowl XLIII had Jennifer Hudson lip-sync the National Anthem due to an abundance of variables, and concertgoers in Australia staged a walkout during a Britney Spears concert that was attributed to her lip-syncing.

Judging by Abbott's remarks, it seems that the performers on stage during the upcoming Grammy Awards will have to rely on their talents alone, though will still have some degree of power over the production of their respective concerts.

On stage this year is a number of all-star acts, including but not limited to Adele, Ellie Goulding, Lady Gaga, the cast of Hamilton, Gary Clark Jr., Travis Barker, Robin Thicke, Diplo, Justin Bieber and Skrillex. Head here for the latest on who will grace the stage at this year's prestigious awards show.