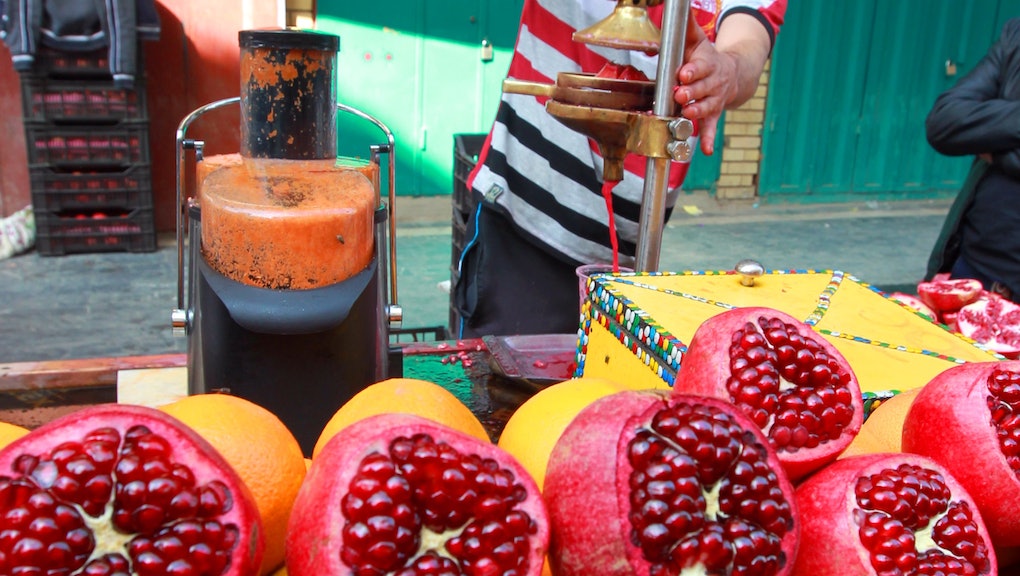 The Truth About Superfoods: Can They Really Keep You Healthy and Cure Disease?

According to Health magazine, superfoods are generally thought of as any foods that "pack large doses of antioxidants, polyphenols, vitamins and minerals." Some examples of superfoods include tomatoes, blueberries and kale, and the purported benefits of their consumption is to promote health by warding off insidious diseases. However, there are many studies showing that, ironically, there aren't enough studies backing up the foods' superlative claims. What is clearer is that the benefits of "superfoods" are mostly exaggerated, and their hype is more of a marketing ploy to shill food trends.

The Guardian's Amelia Hill wrote about the frenzy of superfoods that began with the blueberry, and then pomegranates, açai berries and seaweed. Though there are beneficial nutrients in these fruits and vegetables, nutritionists aren't quite sold on "micronutrients" — the essential vitamins and minerals superfoods are apparently dense with, that contribute to the consumer's well-being.

Additionally, Jeremy Spencer, professor of food and nutritional sciences at the University of Reading in England, told Hill it's fallacious to think of foods in those terms, saying it's "misleading," and that "'people don't eat nutrients, they eat foods. And foods can behave very differently to the nutrients they contain and they can have a very different effect in someone's body than they have when examined in a test tube."

According to Hill, among nutritionists and diet experts, the nomenclature of superfoods is generally thought of as hollow and meaningless. Catherine Collins, chief dietician at St. George's Hospital in London, told Hill the term and idea is "harmful" because superfoods give "the impression that ordinary, affordable and everyday foods are somehow deficient." Furthermore, Collins points out that "our bodies have an excess of nutrients and cannot store them, they will essentially go to waste. Or, more worryingly, if certain nutrients can't be excreted in sufficient levels, they could cause serious cellular damage. Overloading our bodies is not a healthy or natural thing to do."

Perhaps part of the problem is the parameters considered for a food to be super. Or lack thereof: According to nutrition expert Penny Kris-Etherton, "There are no standard criteria or approved list of super foods," and that "so-called 'super' foods are good for your heart and your overall health when incorporated into a heart-healthy diet that's balanced in lean protein, whole grains, fruits, vegetables and low-fat milk and dairy products." Finally, Kris-Etherton said the hype is perpetuated by marketers, which contributes to the "unrealistic expectations" of "thinking they'll be protected from chronic diseases and health problems."

"[People] may eat one or two of these nutrient-dense foods on top of a poor diet," Penny Kris-Etherton said.

A recent example of this includes the surge of pomegranate juices and their purported benefits. Emily Sohn of the Los Angeles Times reported that Los Angeles-based POM Wonderful was criticized in 2005 by the National Advertising Division of the Council of Better Business Bureaus because the juice company claimed it's produces "could reduce arterial plaques by as much as 30%" even though the claim was "based on a small and limited pilot study."

"Superfruit companies are funneling millions of dollars into research aimed at proving that yes, the secret to longevity is a refreshingly exotic sip away. And the scientists they fund, based at major research institutions, are turning up evidence to support the health benefits of their power foods," Sohn wrote.

While superfoods aren't inherently unhealthy, Kris-Etherton suggests people "eat more of the superfoods like whole grains, legumes, nuts and seeds, fish, fatty fish and all fruits and veggies." Which is to say, superfoods function better as a catalyst for health, as opposed to being a person's predominant diet.