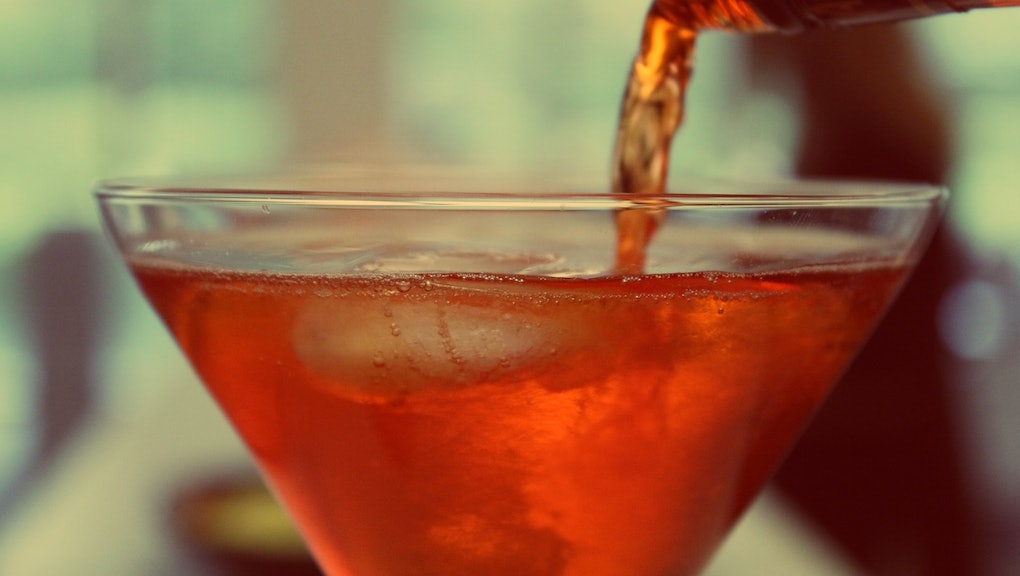 What Does Crossfaded Mean? Here's the Science Behind Combining Alcohol and Marijuana

Combining marijuana and alcohol is an understudied but powerful mix called crossfading. In a 2015 study of 8,600 survey participants, marijuana was the most popular drug of choice for those who drink alcohol — and people who are fans of both drugs are twice as likely to use them simultaneously than using one alone, Scientific American reported.

At the most basic level, alcohol is a depressant on the central nervous system and affects motor skills, while marijuana's THC (tetrahydrocannabinol) ingredient directly affects the brain's cannabinoid receptors and produces cognitive effects, Popular Science reported.

"It's apples and vegetables," Gary Wenk, professor of psychology and neuroscience at Ohio State University, told Popular Science. "They're very different drugs." It's because of this difference that makes combining marijuana and alcohol so popular."

Users who down a drink before consuming marijuana find themselves higher faster than just smoking or drinking alone. This is because drinking affects the blood vessels and absorb more THC than usual. While not totally lethal, the combination can be riskier and scarier to handle.

This combination is the most common when it comes to car accidents because of the high level of impairment, Time reported.

"I'll be feeling fine after a few beers, but once I smoke, I get instantly hammered like I just took a bunch of shots," one Reddit user wrote in a thread on the common party combination. Another reported "hardcore spins," and feeling "a little overwhelmed sensorily." Some users feel extra panic, anxiety and paranoia, Medical Daily reported.

Other users loved the extra-strong buzz, but recommended knowing one's limits and taking it slow.

Another term associated with crossfading is "greening out," which is the unpleasant feeling of dizziness, becoming pale and feeling nauseous, Psychology Today reported. Greening out is more likely to occur when drinking is involved, and the best way to handle it is to chill out and lie down.

Marijuana is also found to have an antiemetic effect, meaning it inhibits the ability to vomit (a bodily response to too much alcohol), according to Psychology Today.