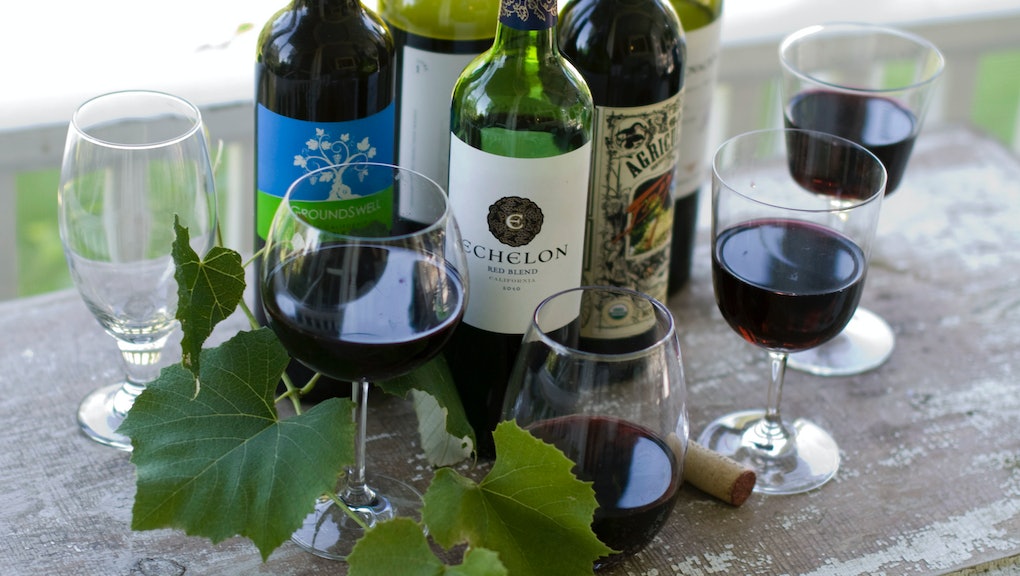 One Man's Secret to Living to 107: A Shot of Brandy and Red Wine — A Lot of Red Wine

The heartiest frat boy has nothing on this old man.

A recently deceased 107-year-old man has attributed his incredible longevity to the good things in life — namely, brandy and red wine. A lot of red wine.

That is to say brandy, a lot of red wine and no water.

"He sold the majority of the wine he produced, but still kept a decent amount back for himself," nephew Jerónimo Docampo told the Spanish newspaper. "If he produced 60,000 litres a year he would keep 3,000 litres for himself. He always said that was his secret to living so long."

While red wine has been credited with preventing everything from cancer to Alzheimer's, doctors say only the heart health benefits of red wine have been demonstrated through numerous studies — and even then, only in moderation.

Read More: If You Hate the Gym and Love Red Wine, This New Study Will Make Your Day

"The evidence is more firmly in place for red wine preventing heart disease, diabetes and a few other vascular (conditions) compared to cancer and dementia," Brigham and Women's Hospital in Massachusetts medical professor Dr. Howard Sesso told CNN. "That's not to say that there might not be some special quality of red wine like resveratrol that could confer additional benefits."

However, the UK's Department of Health recently warned citizens that even moderate consumption of alcoholic beverages including wine increases the risk of a range of cancers, and "that the benefits of alcohol for heart health only apply for women aged 55 and over ... there is no justification for drinking for health reasons."

The Pacific Standard's Stanton Peele, on the other hand, cites a large number of studies to argue alcohol consumption is generally associated with lower levels of mortality for even heavy drinkers, excluding those exhibiting signs of alcohol dependency.

"Alcohol is that happy combination: a pleasurable substance that also conveys health benefits," Peele wrote. "Those benefits are greatest if you drink moderately. But even drinking more than is 'perfectly' recommended, without displaying clinical symptoms of problem drinking or alcohol dependence (and these are not subtle), is generally better for you than drinking nothing."

As far as Docampo's longevity is concerned, however, such heavy wine consumption may not have been a decisive factor — scientists currently think centenarians, who tend to have just as many unhealthy behaviors as their shorter-lived brethren, have the right genes just as much as the right habits.