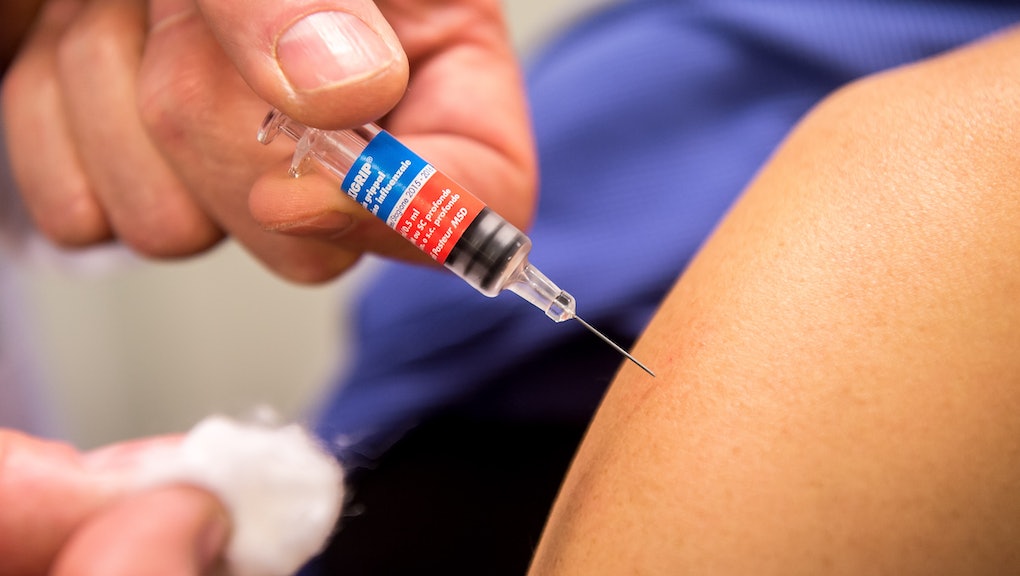 In Low-Income Countries, Vaccines Don't Just Save Lives — They Save People Money Too

Here's even more incentive to ensure kids around the world have access to vaccines.

Immunization against diseases like measles, rubella and hepatitis B doesn't just save lives — it has big economic benefits too. So says research published in the journal Health Affairs, which found that in low- and middle-income countries, vaccines yield a return on investment of up to $44 on every $1 dollar spent.

The researchers analyzed their data using two approaches, according to Research Gate — both of which proved that in the developing world, vaccines are a good investment. The first approach, called the "cost-of-illness" approach, looked at the financial savings directly associated with not getting sick, such as avoided medical treatment and lost wages. With this approach, researchers found a $16 return on investment for every $1 spent.

The second approach — the "full-income" approach — was broader, examining the economic outcomes of people living longer, healthier lives in general. It found a $44 return on investment for every $1 spent.

Here's how the savings add up: If the 94 low- and middle-income countries included in the study had immunization programs between 2011 and 2020, the researchers estimated it would cost $34 billion, according to Science Daily. If those programs were in place, it would save an estimated $586 billion, if you use the "cost-of-illness" approach. If you use the "full-income" approach, the savings could be around $1.53 trillion.

Vaccines are universally accessible to American children. Even if you or your children are not covered by insurance, you can still get your kids vaccinated for free. Despite the efforts of notorious anti-vaxxers — looking at you, Kristin Cavallari — nearly 95% of U.S. kindergartners were immunized against vaccine-preventable diseases, according to a 2014 report from the Centers for Disease Control and Prevention.

But that's not the case in developing nations around the globe, where barriers like money, transportation and education prevent universal access to crucial vaccinations — 1 in 5 children worldwide has not received basic vaccinations, according to the Bill and Melinda Gates Foundation. Because they're not immune, around 1.5 million children die each year from vaccine-preventable diseases, the foundation says — not to mention the tens of thousands who live with severe, disabling illnesses.

Governments and donors need to step up, the researchers said — especially now, given the estimated massive cost savings.

"Our findings should encourage donors and governments to continue their financial investments in immunization programs," lead author Sachiko Ozawa, an assistant scientist in the Department of International Health at the Bloomberg School, said, according to Science Daily.