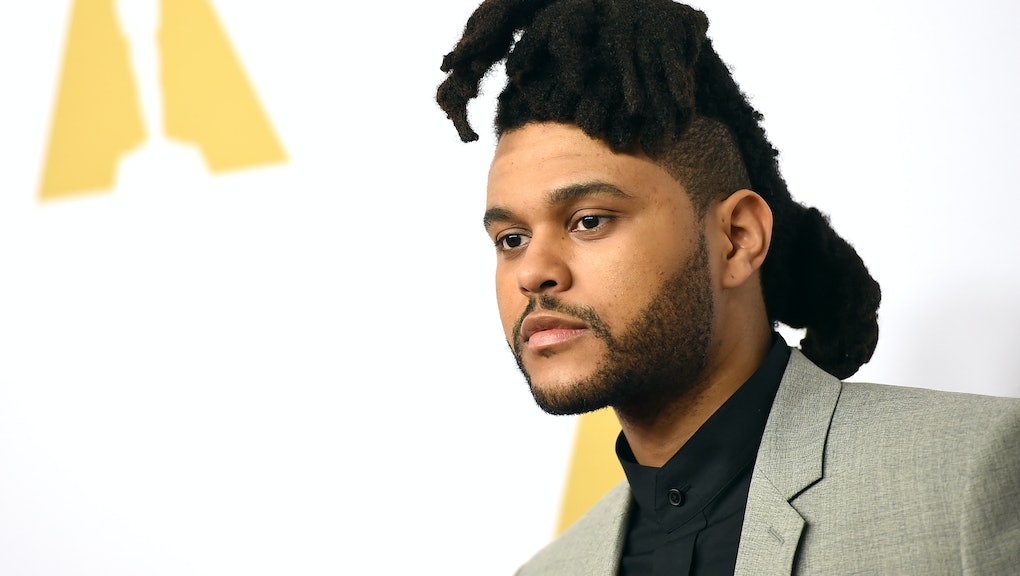 How Many Grammys Has the Weeknd Won?

Abel Tesfaye, better known as the Weeknd, hadn't been nominated for a Grammy award as a solo act prior to this year, and he's yet to win one. But now with seven nominations, the R&B artist could earn himself his first — and maybe even seventh — Grammy. The Canadian singer-songwriter has been releasing music for several years, but just recently entered the spotlight with his latest LP, Beauty Behind the Madness, which is up for album of the year. His song "Earned It" was featured in Fifty Shades of Grey and has been nominated in three Grammy categories.

The 25-year-old singer wasn't nominated for best new artist this year because of his nomination for best rap collaboration on Wiz Khalifa's song "Remember You." Despite his disqualification from the best new artist category, fans are predicting big things for the Weeknd in 2016. Some Twitter commentators have called him the GOAT (Greatest Of All Time):

Consequence of Sound predicted the Weeknd will win best urban contemporary album for Beauty Behind the Madness, but noted that Miguel's Wildheart was more deserving.

"The Weeknd is easily the most recognizable name of the bunch, with a few mega-smash radio hits more than the rest of the pack combined," Consequence of Sound staff wrote. "This category is always the most difficult to figure out — it always has the most drastic gap between the biggest name and the smallest."

However, the staff doesn't predict the Weeknd will clinch the Grammy for "Earned It."