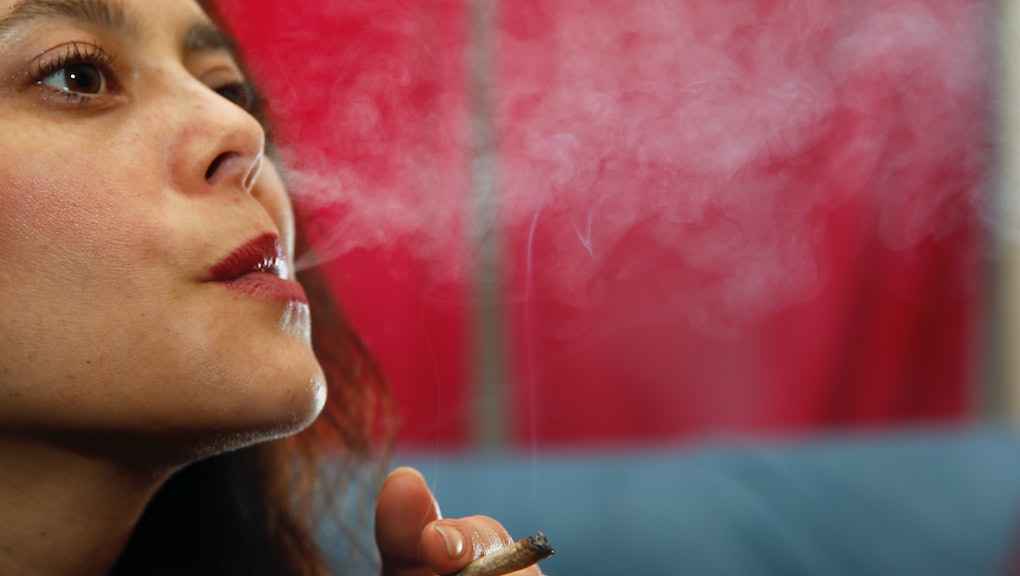 Why Does Smoking Marijuana Make Your Eyes Red?

Other than its psychological effects, including distorted sense of time and feelings of euphoria and paranoia, smoking marijuana also comes with some physiological consequences as well. Dry mouth and red eyes are a few of the most recognizable effects of marijuana use. But what exactly about smoking pot makes your eyes red?

Marijuana decreases blood pressure and expands the eye's blood vessels, causing the appearance of bloodshot eyes, according to Heathline. The effect mainly comes from the ingredient THC, or tetrahydrocannabinol, which enters the circulatory system via the bloodstream, according to the University of Maryland.

There's also a slight chance that red, swollen and itchy eyes that occur when smoking marijuana actually comes from an allergy to cannabis, according to a study published in 2015. However, this allergy is rare to come by.

Marijuana's effect on the eye's blood pressure led to the now-discouraged idea that medical marijuana can be used to help those with glaucoma (which is when an optic nerve is damaged over time from unusually high pressure in the eye), according to the Huffington Post.

But marijuana's effect on the eye's blood pressure stays for about three to four hours, the American Academy of Ophthalmology reported. Eyedrops like Visine are best and most easily used to combat this, since they work to constrict the blood vessels. However, waiting a little bit of time is also helpful — overuse of red-eye removers has been linked to rebound redness.