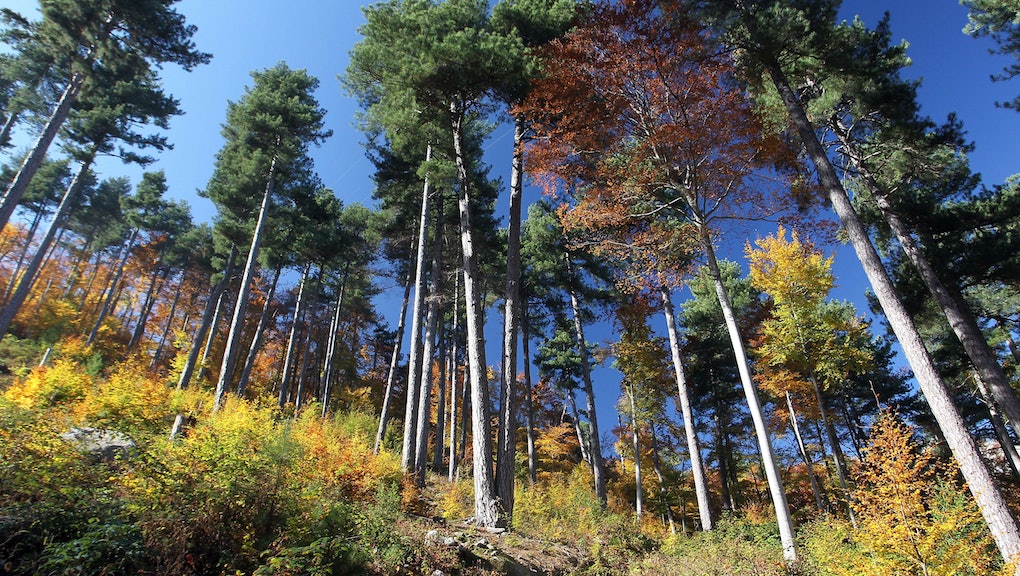 Planting Certain Trees Is Actually Kinda Bad for the Environment

Plant a tree, save the Earth, or so the thinking goes. But what if it's not the right kind of tree?

The results could be undesirable — in fact, they might be the polar opposite of what's good for the environment, according to a new study published in Science.

After examining Europe's forest management since 1750, a team of researchers concluded that despite the region's best efforts — forests take up 10% more land today than they did prior to the Industrial Revolution — its tactics did exactly zilch to stem the effects of climate change.

"The current assumption is that all forest management and all forests contribute to climate mitigation," Kim Naudts, a postdoctoral ecologist at the Max Planck Institute for Meteorology and the study's lead author, told the scientific journal Nature. "We cannot say that is true, at least for Europe."

According to the study, which used a computer model to reconstruct 260 years of European forest management, the localized surface temperature rose 0.12 degrees Celsius, despite the addition of forests. Moreover, the net carbon quantity did not decrease even though it feasibly should have, given that trees are good at sucking up and storing carbon dioxide.

Naudts and company point to two contributing factors for the failure.

First: Back in the day, forests weren't managed by humans; rather, they grew naturally and wherever they pleased. Now, however, roughly 85% of trees in Europe grow at the whims of humans, who replant and reorganize them to make for better timber production and organization.

But that wood harvesting and removal also involves releasing carbon — stored in "litter, dead wood, and soil carbon pools" — into the atmosphere.

"If the point is to store carbon, then afforestation is presumably good, but losing carbon to wood extraction is bad," Richard Houghton, an ecologist at the Woods Hole Research Center in Falmouth, Massachusetts, told Nature.

Second: The kinds of trees that replaced natural forests when humans began screwing around with the woods has also contributed to the increase in temperature.

"The conversion of broadleaved forests to coniferous forests has changed the [natural abilities] of those forests, also leading to warming," the authors wrote.

As Naudts explained to Science, "By changing the forest, we also make changes to the amount of radiation, water, and energy that the forest releases." Coniferous trees take in more light due to their darker colors, which means they store more climate-changing heat.

The shift in tree type and forest composition has also wrought havoc on the abilities of these forests to store carbon. "Even well managed present-day forest store much less carbon than their natural counterparts in 1750," Naudts said in a press release.

Yet, some of this information isn't a surprise. Previous studies reported similar results, including a 2006 study which found that planting trees really doesn't do much to help the change in global temperature.

"The idea that you can go out and plant a tree and help reverse global warming is an appealing, feel-good thing," Ken Caldeira, a co-author of the study, told the Guardian at the time. "To plant forests to mitigate climate change outside of the tropics is a waste of time."

In a 2014 New York Times op-ed Nadine Unger, an assistant professor of atmospheric chemistry at Yale University, argued that planting trees was a simple, ineffective solution to a deeply complex problem.

"Planting trees and avoiding deforestation do offer unambiguous benefits to biodiversity and many forms of life," she wrote. "But relying on forestry to slow or reverse global warming is another matter entirely."

Planting trees is still looked upon favorably. As a result of the recent Paris climate talks, for example, deforestation and reforestation are hot topics.

This isn't to say that deforestation isn't an issue; indeed, it accounts for roughly a quarter of the world's greenhouse gas emissions, according to the Food and Agriculture Organization of the United Nations. But as Naudts and others have shown, efforts at reforestation appear to need some rejiggering, lest they make things worse.

"Our results show that not all forest management contributed to climate change mitigation," Naudts said. "The key question is now: Can we design a forest management strategy that cools the climate and at the same time sustains wood production and other ecosystem services?"