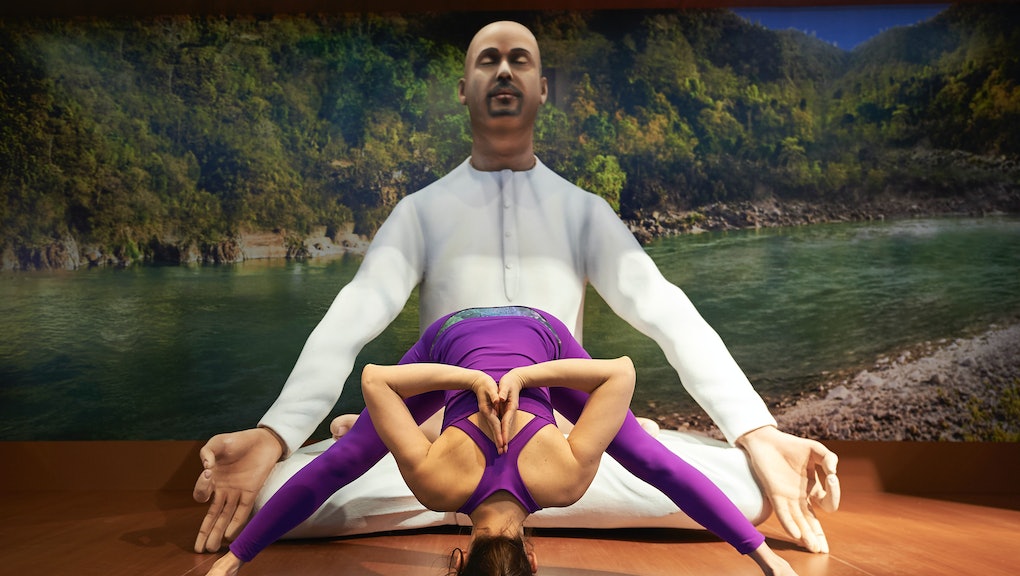 The ancient spiritual discipline of yoga is a miraculous phenomenon in that it's been around (literally) forever yet it's somehow still trendy. The some 5,000-year-old practice, introduced in the West at the end of the 19th century, has been touted for its physical and mental benefits by yoga gurus since it originated in ancient India and yogi Instagram celebs since roughly 2014.

A number of studies have proved yoga helps relieve stress and ease depression. It requires mental and physical discipline that promotes extreme chillness and fitness. Some argue it also has the potential to improve relationships and cure hangovers. Most yogis swear yoga improved their lives.

Many exercise fads have faded out, but yoga has remained a widely practiced physical exercise and spiritual therapy in the United States for generations — and even inspired many modern exercise practices like barre and other muscle-toning routines.

Here are five physical and mental benefits of yoga:

It can cure your hangover.

Ashtanga yoga, also known as "eight-limbed yoga," is known to detoxify the body by producing profuse sweat. "Think of it like twisting a rag to get the water out of it; yoga helps get out the toxins and increase blood flow," New York's Pure Yoga instructor Scott Harig told Esquire. Don't panic — Ashtanga involves simple twists and stretches that won't induce projectile vomit on the hungover.

...And teach you to love yourself.

Self-love is one of the foundations of yoga. Many have published personal essays about how yoga helped them love and accept themselves. "Those who teach hatha yoga recognized that the union of mind, body and spirit is solidified by self-acceptance, self-love and the absence of anger and fear in one's life," Archana Sharma, professor in the yoga department at Bajpayee Hindi University, wrote in the International Journal of Applied Research. "The inner peace derived from practicing yoga is credited with keeping people emotionally well balanced during unexpected encounters of the stressful kind."

A 2013 clinical trial that had 249 women take 12 weeks of gentle yoga classes showed it helped ease their insomnia. "If insomnia is bothering a woman, this style of gentle yoga, practiced regularly, may be of benefit," trial researcher Katherine Newton of the Group Health Research Institute in Seattle told Everyday Health.

...And finally get rid of that chronic back pain.

Yoga is a better treatment for chronic back pain than "usual care," according to a 2011 study in the Annals of Internal Medicine. "The benefits of yoga may be greater than those of exercise alone because yoga offers a combination of physical exercise with mental focus, and patients are taught good posture, self-awareness and self-care along with relaxation," the study's conclusion reads.

You don't even need to practice that much to reap the benefits.

"One minute in meditation can have a frustrated, angry, terrible-feeling person feeling resourceful, kind and fun," back pain and yoga specialist Loren Fishman, who uses yoga as treatment, told Greatist. Yoga instructor Heidi Kristoffer said it only takes one session a week to have an impact. "Practicing yoga once a week gives you a time every week to focus on your breathing, which in turn, allows you to be present," Kristoffer told Greatist. "Being in the present moment gives you a total timeout from the rest of the world and resets your system."